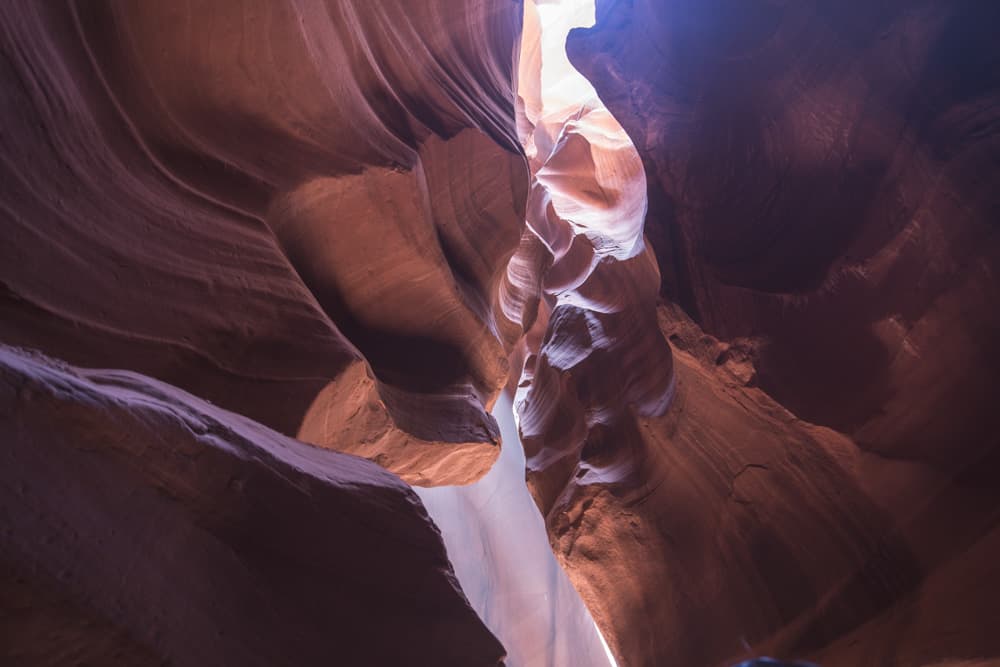 Upper Antelope Canyon was absolutely beautiful – I’d even argue breathtaking. Like I literally had to remind myself to breathe again because I was too busy staring at the gorgeous canyon walls, mouth agape, which let in a horde of flies causing me to choke on my own spit.

Ok, so – a little background. Antelope Canyon is on Navajo land, and the Navajo have used it for many many years as a place to gather inspiration and to admire its beauty. Water has literally sculpted the canyon walls, and the sand that’s swept up with it rubs against them, creating amazing and intricate patterns in the rock. Navajo also hunted antelope in the canyon, and used it to hide when enemy forces came into their territory.

It’s a place that’s full of history, and not something you want to rush through. At least for me, I wanted to leisurely enjoy its beauty and really take the time to appreciate it, and what it meant to the Navajo people.

But, of course that’s not why I wouldn’t return! I love all the pretty things. So, while it was beautiful, it was also crowded AF.

It seemed like everyone from Disneyland was airlifted to Arizona and dropped into this canyon.

And it’s not a very big canyon. It was mayhem, to say the least.

And yes, my pictures don’t show the craziness that it was – that’s because we were on a photography tour, and our tour guides shooed everyone out of the shot so we could snag it sans Disneyland.

So, if pretty pictures are what you’re after – GO!

But if solitude and contemplating the beautiful canyon walls are what you’re after, you will not get that.

If you do want to get photos with no one in them, be sure to go on a specific photography tour! Our tour company, Adventurous Antelope Canyon Photo Tours, was awesome and I highly recommend them!

They were a little more expensive, but our guides were amazing, and navigated their way through the canyon and sea of people like a BOSS.

They also knew all the cool photos to get, told us where to stand, and helped us out with any questions.

So that was cool. But I also just felt like I didn’t get a second to appreciate the beauty I was experiencing, and I felt like I was just taking the same exact photo as everyone else just to share it on Instagram, or show other people this amazing place I’d been. It felt a little fake, a little like a lie?

Because when I showed anyone else the photo, it would look like I had been in this amazing place, in complete solitude, loving every second.

In reality, it was crowded, stressful, and awful and I was definitely not loving every second.

BUT! It is absolutely stunning. So, if I did go back, I would probably go during the off season (mid-October to mid-March), later in the day (our guide said the afternoon tours were usually pretty empty), or go to Lower Antelope. You won’t get those beautiful light beams, but I would’ve enjoyed it so much more! Or, I would just try and find a free one somewhere – it seems like there are plenty in Utah.

And so, that’s my take. It’s a beautiful place, but I would’ve skipped it altogether had I known what it would actually be like.

I’ve heard that Antelope Canyon X is actually a much less crowded option, so that could be something to look into, as well!

Wire Pass Canyon is a little further north in Utah, but also looks like a good option.

Although, again – you don’t get the light beams with Antelope Canyon X, Lower Antelope Canyon, or Wire Pass Canyon. But you will get more solitude! Just depends what you’re after. 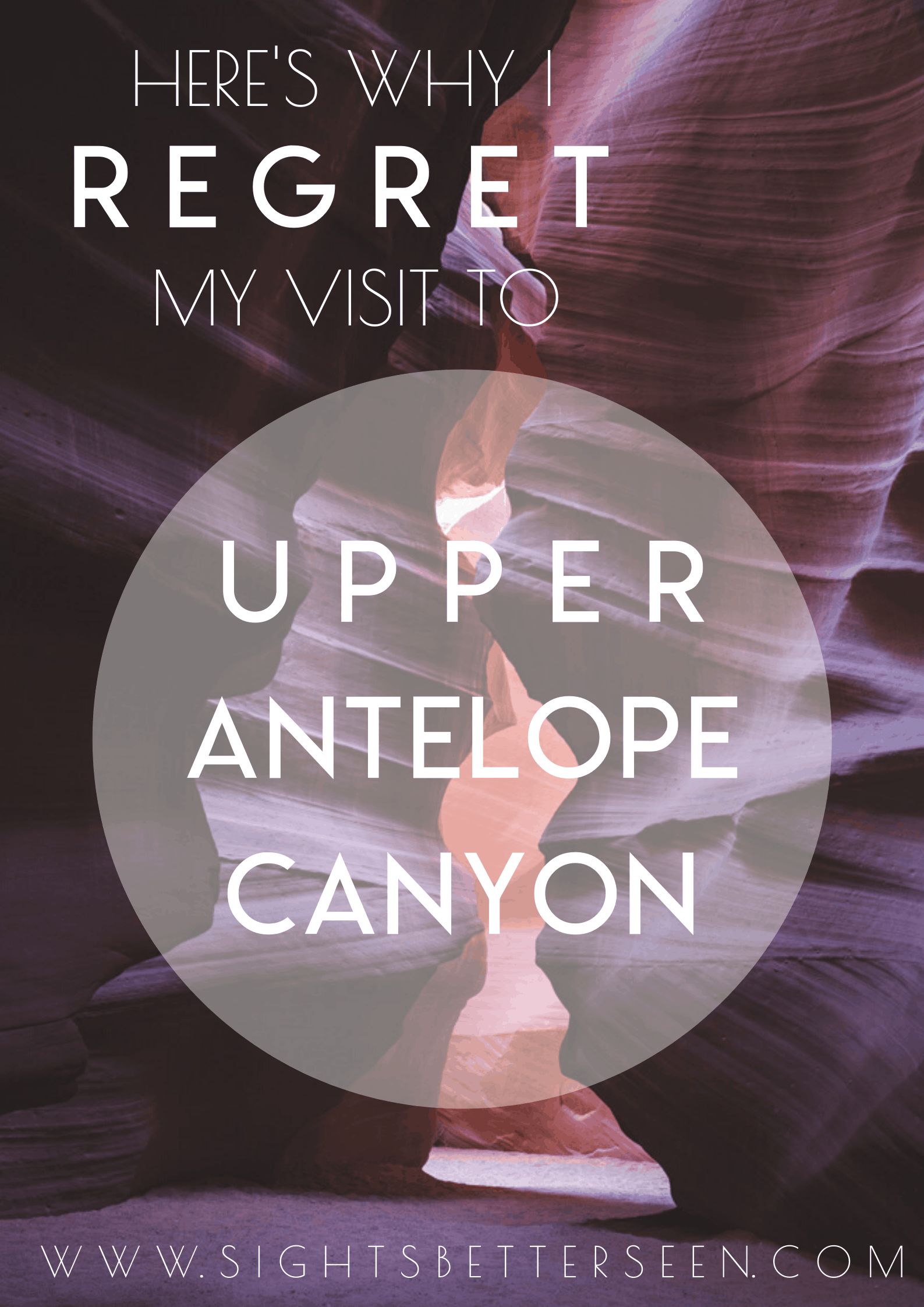 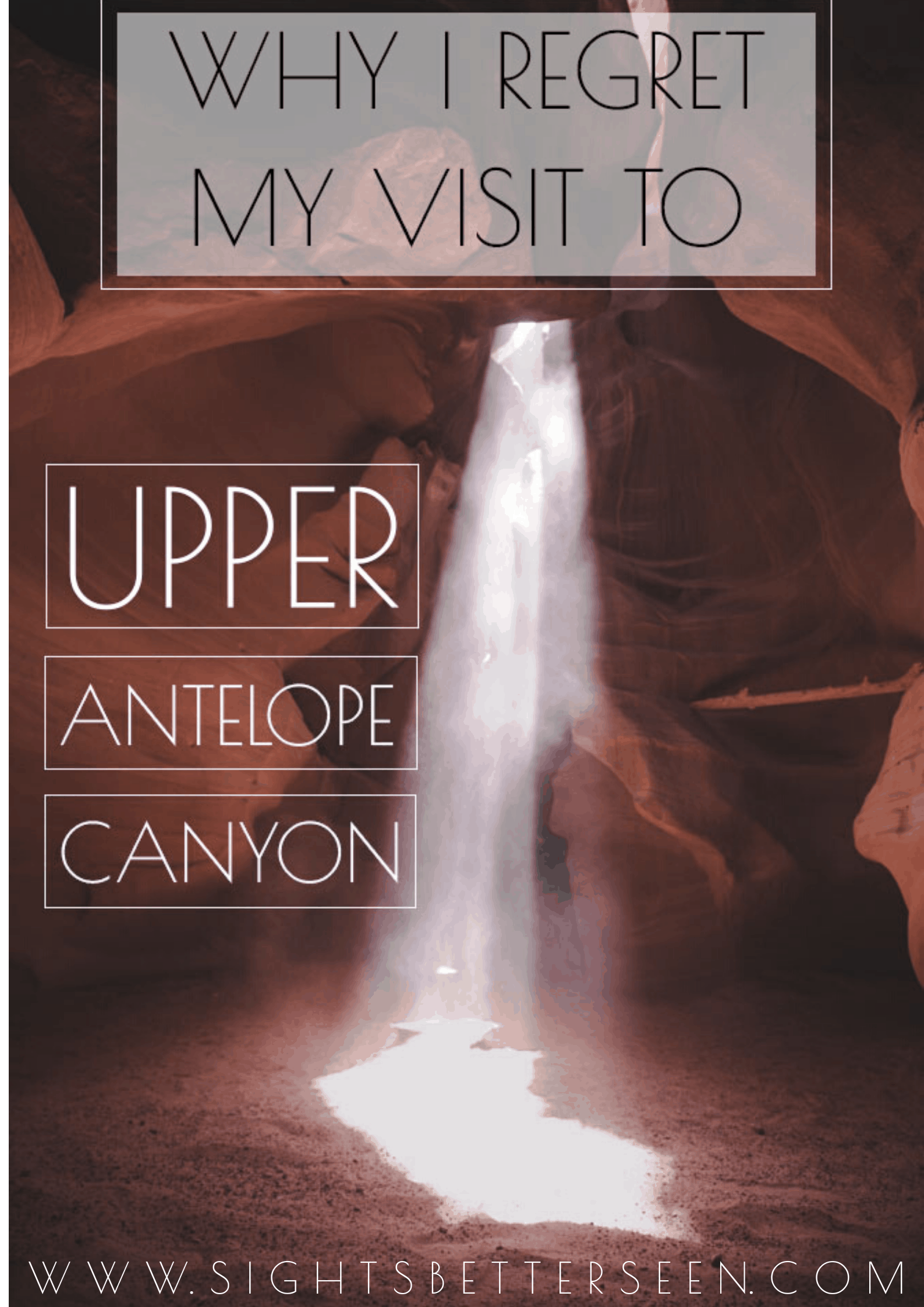 Tweet
Share
Pin96
Share1
97 Shares
My Disastrous Trip to Havasupai (Everything That Could Go Wrong Went Wrong)
Plastic is Poop: A Guide to Using Less Of It