Tweet
Share
Pin
Share
0 Shares
Okay so, Canada knows what’s up. At least the parts of Canada that I’ve been to, Vancouver and Victoria. Both were so pretty. I spent 2 days in Victoria, BC and would happily go back again!

Victoria feels like that friend you have who’s gorgeous and has a great personality and you want to hate her but she’s so nice that you can’t.

Canadians really are just as nice as they say. And they have accents, but only when they’re saying words that have an “o” in them! At least to me, as a Californian.

Pretty much everything we saw in Canada was beautiful. I would happily move there.

Small, pretty cities just like I want (although downtown Vancouver was a little weird to me – what’s up with all the buildings looking the exact same?? It looked kind of sci-fi, futuristic, apocalyptic to me).

No trash in the highways (!!!!). No trash anywhere, really, that wasn’t in a trash can – very different from the states!

Nice people. I was definitely into it.

And my mom and I went in early October, when the leaves were changing color. I’m kind of obsessed with fall so you can imagine how excited I was.

HOW TO SPEND 2 DAYS IN VICTORIA, BC 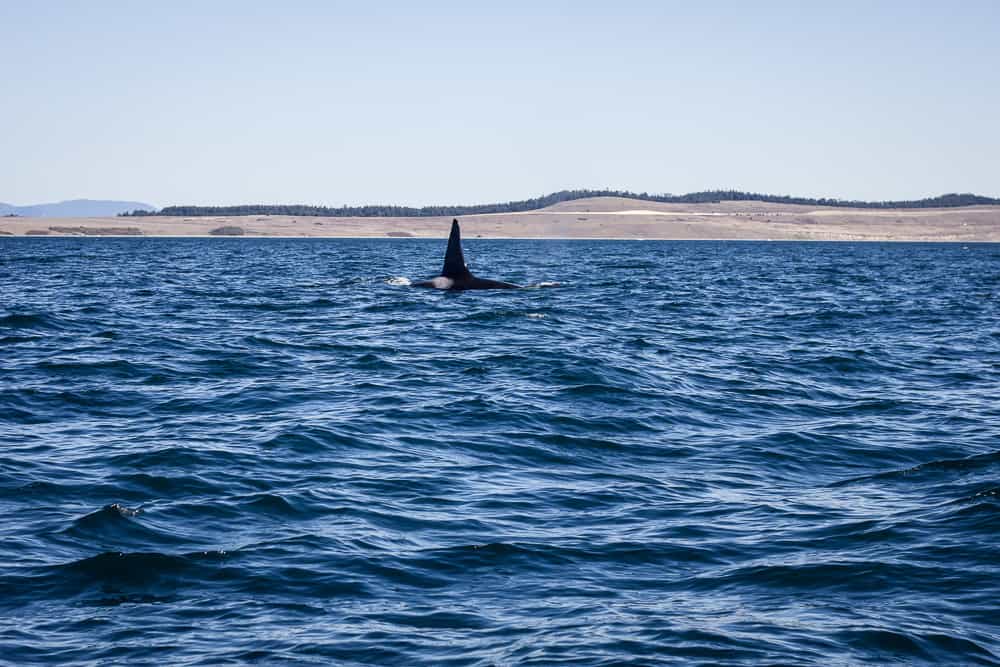 But make sure that it’s an ethical company!!! After a bunch of research, we decided to go with OrcaSpirit, and I really liked our guide! She was really knowledgable and really cared, and talked some shit on Seaworld haha.

The people on our tour were cool, too, and also seemed like they respected the whales. It always amazes me when people act as if wild animals are there for their enjoyment, when that is so not the case.

I was reading some reviews of companies in which reviewers were complaining that they weren’t able to get close enough to the whales – these are creatures that should be respected as we are in THEIR territory. They are not just THINGS there for us to stare and point at and entertain us.

Anyways. That’s my little spiel. I do think that whale watching can be beneficial if done right, since it does bring people closer to nature and more in the forefront of people’s minds once they experience it up close. But I think you definitely have to do your research and make sure you do it right. Ok I’ll get off my soapbox now!

WALK AROUND DOWNTOWN & ALONG THE HARBOR 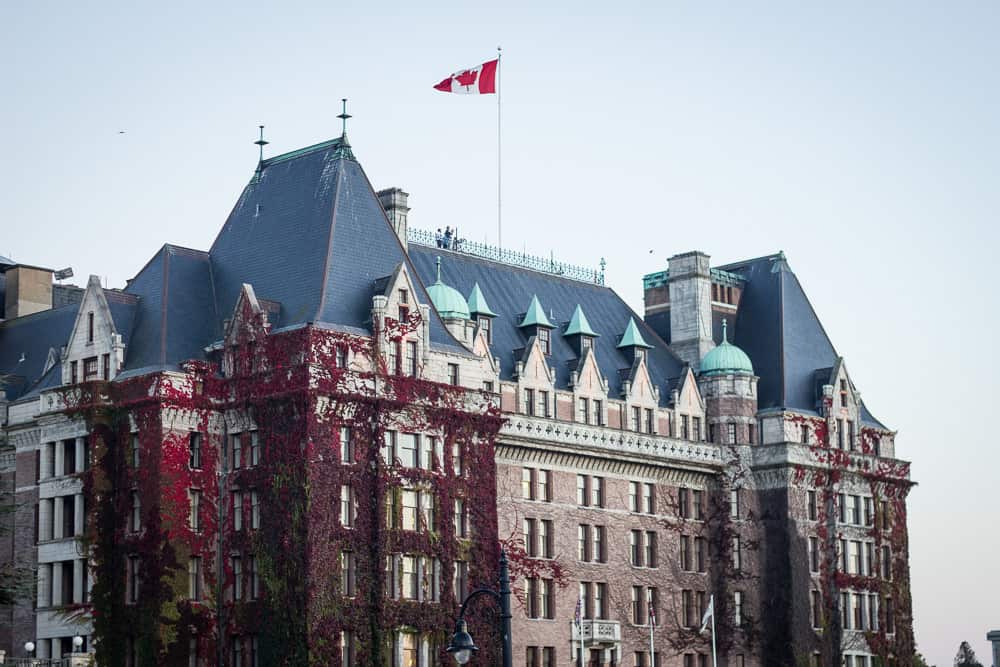 JUST LOOK AT THAT IVY on the Fairmont Empress Hotel! Unfortunately, they’ve cut it all back since I was there, but it’s still a beautiful hotel. They also do high tea (which is a litttttle pricey, so we didn’t do it, but it would’ve been a cool experience!), and it’s just cool to walk around inside. They also have a spa and other fun things.

THE PARLIAMENT BUILDING IS LEGIT 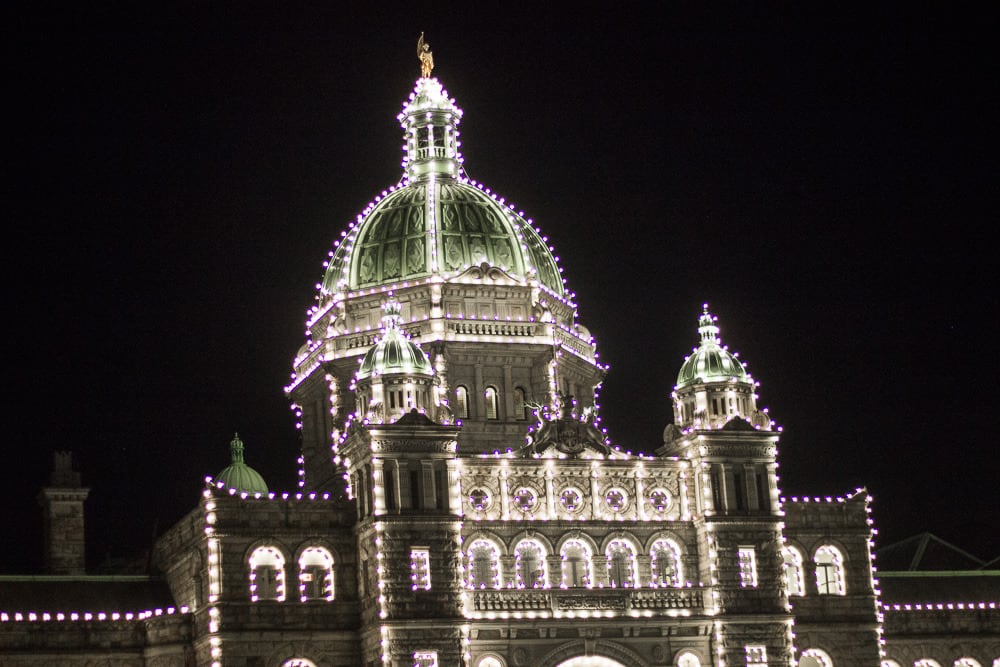 You should also go see the Parliament Building lit up at night! It’s soooo pretty, as you can tell. And the building itself is quite large!

THE CRAIGDARROCH CASTLE IS A GOOD CHOICE 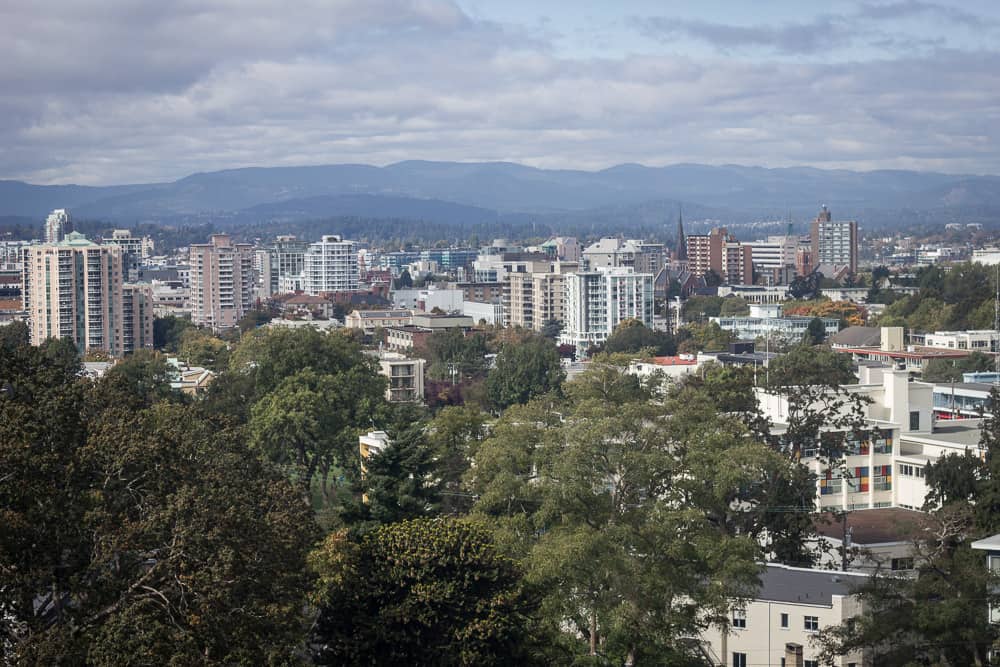 The Craigdarroch Castle was pretty lit! Unfortunately I suck and only got a picture of the view from said castle, but just know it’s a really beautiful Victorian mansion, full of lovely period rooms.

It started pouring right before we were going to hoof it over to Fisherman’s Wharf, so we decided to skip it. It looks really pretty though, with lots of colorful buildings!

I wish I’d gone to the Buchardt Gardens, because I love plants and flowers and things, and because everyone says you should go, but I don’t know – I’ve looked at pictures and I’m honestly not super impressed.

Not that I’m stuck up and hard to please or anything, but I prefer more a more rugged setup than a meticulously organized one and it just doesn’t look that amazing to me. But I don’t know, maybe the pictures just aren’t doing it justice?

But ugh, I would live in Victoria if I could! It’s just so pretty. We stayed for 2 full days, and I’d love to go back again.

Tweet
Share
Pin
Share
0 Shares
Why You Should Go to Seattle for New Year’s & 10 Fun Things to Do
The Best Things to Do in Vancouver, Canada