Tweet
Share
Pin
Share
0 Shares
Like pretty much every other human out there, I LOVE FOOD. And when I’m in a new country the first thing I want to do is, well, try ALL of it (the vegetarian options, that is).

Because I don’t have a bottomless pit for a stomach, I haven’t had EVERY veggie option out there, but these are the things I’ve tried and liked and felt compelled to share. If you have any suggestions, feel free to share! I’m always looking for new things to stuff into my stomach.

Sandwiches (aka broodjes) – All the sandwiches I ate in Belgium were soooo good. They were made on a long baguette, and had some sort of tangy spread (which, to be honest, might have just been mayonnaise but it tasted better since it was Belgium mayonnaise?)  that really brought all the flavors together. There’s a chain shop, Panos, which actually had quite good sandwiches!

Fries (frites) with Andalouse Sauce – Belgium is KNOWN for its fries, and there are small stands or “friteries” everywhere! They usually have a million different sauces to try, but I really loved andalouse sauce! It’s some sort of ketchup mayo lemon pepper hybrid that melts like butter in your mouth, and adds a tangy zing to each perfectly crisp fry.

Brunch – So this isn’t a traditional type of food per se, but I think it would count as a traditional dish! On the weekend, it’s really popular to have brunch with a smorgasboard of different items. I love this because I’m the type of person that likes to try EVERYTHING. It is pretty pricey though (I think we paid about $20 USD each) but definitely worth trying at least once.

Svíčková (but the veggie version) – Traditionally made with beef, but I got the tempeh version last time I went (which I will sadly admit was not as good as the meat version). I only tried one place, though, so there’s still hope! Anyways, it’s covered in this delicious sort of sweet cream sauce, a dollop of cranberry sauce (which normally I hate but with this it’s DIVINE), whipped cream, and a side of dumplings (which are actually pillows of the softest bread you’ve ever eaten, not the Asian dumplings I was picturing). If you go to the Czech Republic, please do yourself a favor and order this dish. I ate it for almost every meal the first time I went there.

English Breakfast – Of course you can’t leave England before having English breakfast! The traditional version comes with meat meat and did I mention meat, but there are now plenty of places that serve vegetarian options like this one! Cream Tea – If you went to England and didn’t have cream tea at least once, did you REALLY go to England (and yes, some places do have a vegan version – check out this list by The Londonist)? It consists of clotted cream (aka “thick cream obtained by heating milk slowly and then allowing it to cool while the cream content rises to the top in coagulated lumps” according to Dictionary.com), jam, a scone, and tea! And it’s DELICIOUS. Sticky Toffee Pudding – Moist (lol don’t you just love that word) sponge cake with toffee sauce and vanilla ice cream or custard. I had it for dessert all the time when I was in England! Millionaire’s Shortbread – This has quickly become one of my favorite desserts, and lucky for me, it’s pretty much all over England (and the rest of the UK, apparently.) It’s basically a layer of shortbread, a layer of caramel, and a layer of chocolate which all create the most perfect dessert ever. It’s apparently really popular in Australia, as well!

Croissants (extra points if it’s a chocolate one) – DUH. France has the BEST croissants, I swear (and I’m pretty much a croissant connoisseur at this point). Freshly made, the perfect combination of soft and doughy and flaky…I think it’s time for another trip to Lyon. Nutella and Banana Crepes – Also predictable, but also SO FREAKING DELICIOUS. And cheap. And delicious.

Macarons – Of COURSE these are on my list!! Although I stand my ground that the ones at Laduree are overrated and overpriced.

I’d have a longer list besides pastries, but there aren’t a ton of traditional vegetarian French dishes. Besides the mouth watering bread. I could eat that shit ALL DAMN DAY.

Tiropita – Cheese pie made of flaky phyllo dough and melty cheese goodness. Need I say more??? They’re also REALLY cheap at all the bakeries – about €1.50 if I remember correctly. I ate these ALL the time when I was pinching pennies my second time abroad. Plus a lot of the bakeries are 24 hours. I rest my case.

Souvlaki – I believe this is named for the type of meat they use, but I just got the veggie version. It’s basically lettuce, tomato, cucumber, feta cheese, and FRENCH FRIES (the thick, crunchy soft kind that leave you breathless, and no, I am absolutely not exaggerating) wrapped in heaven aka pita bread. And some sort of sauce that is made of smiles and dreams and rainbows. They’re also stupid cheap and you can get them at almost any food stand (at least on the islands). I think I paid about €2.50 for each of mine (cheaper since it was veggie)? I had AT LEAST one per day when I was in Paros and Santorini.

Shakshuka – I know this isn’t originally an Israeli dish (it originated in North Africa), but it is a very popular Middle Eastern meal, and definitely eaten often in Israel. If you’ve never had it, please do yourself a favor and find a restaurant near you that serves it!! Or even try and make it yourself (it’s pretty damn easy). It’s basically just eggs cooked sunny side up surrounded in tomato sauce. And maybe it sounds weird, but I assure you – it is AMAZING.

Halva – This is another thing that people either love or hate. It’s kind of hard to describe, it’s a sweet dish that’s kind of crumbly and fluffy at the same time. Popular flavors include pistachio, vanilla, and chocolate. It can be kind of an acquired taste, but I really enjoyed it!

Challah Bread – A pretty braided bread that is doughy and soft and full of flavor. At my university there was a club that made it with different toppings mixed in – my favorite was chocolate and peanut butter. YUM.

Hummus – DUH. You HAVE to try hummus in Israel. It’s even common to eat it for breakfast with cucumber or carrots and the like.

Just stuff your face with pasta and pizza. All forms of it. And lots of gelato.

Stroopwafel – Have you ever tasted perfection? You may think you have, but if you haven’t had a stroopwafel I assure you that you have not. A stroopwafel is two thin cookies sandwiched around a gooey caramel filling. IT IS SO SO GOOD.

Brown Cheese – I am one of those people that LOVES brown cheese! Apparently most people either love it or hate it. I think it tastes like sweet cheddar, so count me in. It’s popular to eat it on top of waffles, but I used mine on crackers and melted over roasted veggies!! YUMMMM.

Vegetarian Haggis – it’s actually quite good. The one in the photo was made with lentils, peas, carrots, and some other yummy stuff.

Swedish Chocolate Balls (Chokladbollars) – Again, I’d love to have had more things I loved from Sweden on this list, but most of their traditional meals have meat in them! Ah well. But these chocolate ball things were DIVINE. It’s basically oats, cocoa, butter, and sugar rolled into a ball and rolled in sprinkles or coconut flakes. You eat it raw and it is LIFE.

Rösti – It’s basically potatoes and cheese and onion fried together in a pan. And probably lots of butter. View of the Swiss Alps is optional, but increases the enjoyment of this dish tenfold. 10/10 would recommend. Alpine Macaroni (aka Aelplermagronen) – A pasta dish with cheese, potatoes, apple sauce, fried onions, and a side of happy tears. Fondue – A traditional Swiss meal! This is the first thing that came to mind when we asked our Swiss AirBnb hosts what we should eat while in Switzerland. And bonus, they offered to make it for us!!! Best AirBnb hosts EVER. Apparently everyone in Switzerland knows someone (usually a grandma, according to our hosts) that has a fondue pot. And then you all gather round and dip pieces of bread, potato, and carrot into the melted goodness and sip (or gulp, I’m not judging) white wine. If you accidentally lose whatever you’re dipping into the fondue in the pot, you have to clean up afterwards! So don’t do that, because cleaning melted cheese out of a pot is a BITCH.

I’m still roaming about Europe, so I’ll probably (hopefully) be adding to this list soon! And adding to my stomach 🙂

Tweet
Share
Pin
Share
0 Shares
Sights Better Seen contains some affiliate links, and if you click one I may receive some commission (at no extra cost to you). But don't worry, I only recommend products/things I actually like and use. :)
8 Reasons I Loved Living in the Bay Area
5 Winter Day Trips from Basel, Switzerland 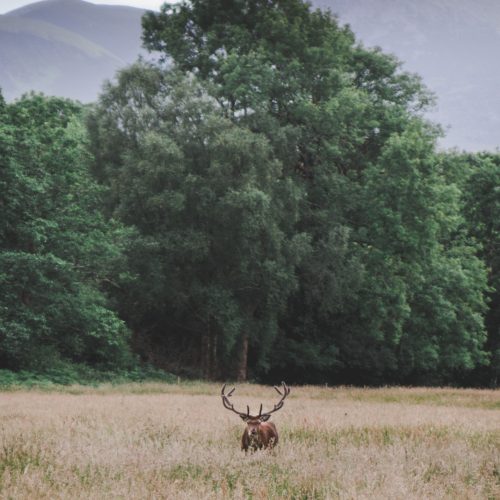 Cycling Killarney National Park in Ireland: The 6 Best Things to Do

Went for a moonwalk during the last full moon 🌚