Tweet
Share
Pin
Share
0 Shares
Here’s my second installment of the Truth Behind the Photos! It’s nothing crazy, but just a compilation of photos that may look great on social media, but don’t tell the whole story. SO, I share the real stories with y’all below!

FLORENCE WAS PRETTY BUT CROWDED AF 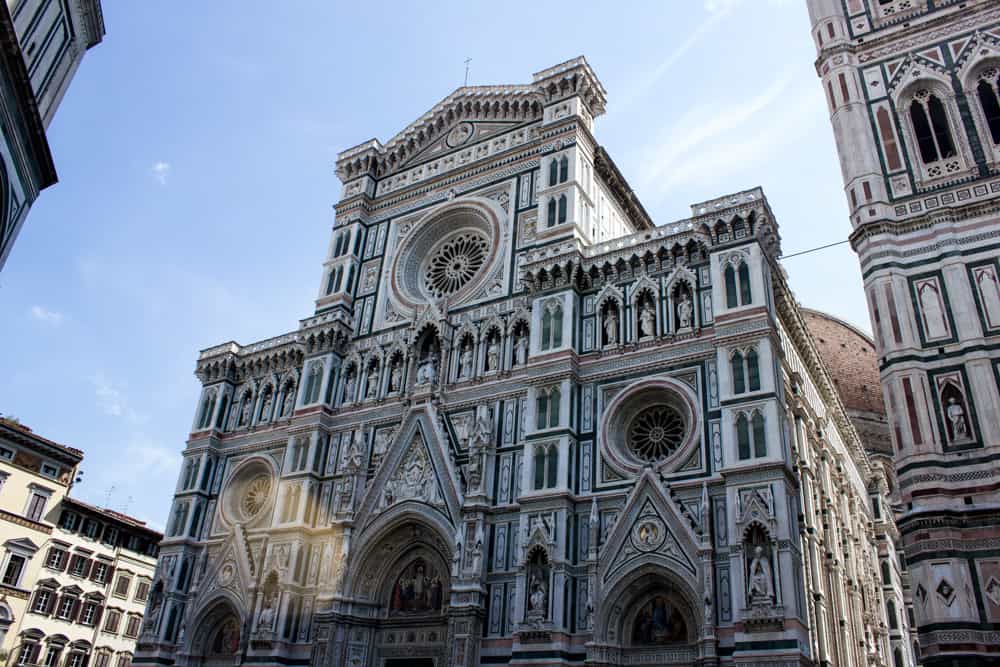 At least not to the ‘popular’ cities, anyway, if you hate crowds.

That picture above paints a pretty and serene picture, but here is the reality: 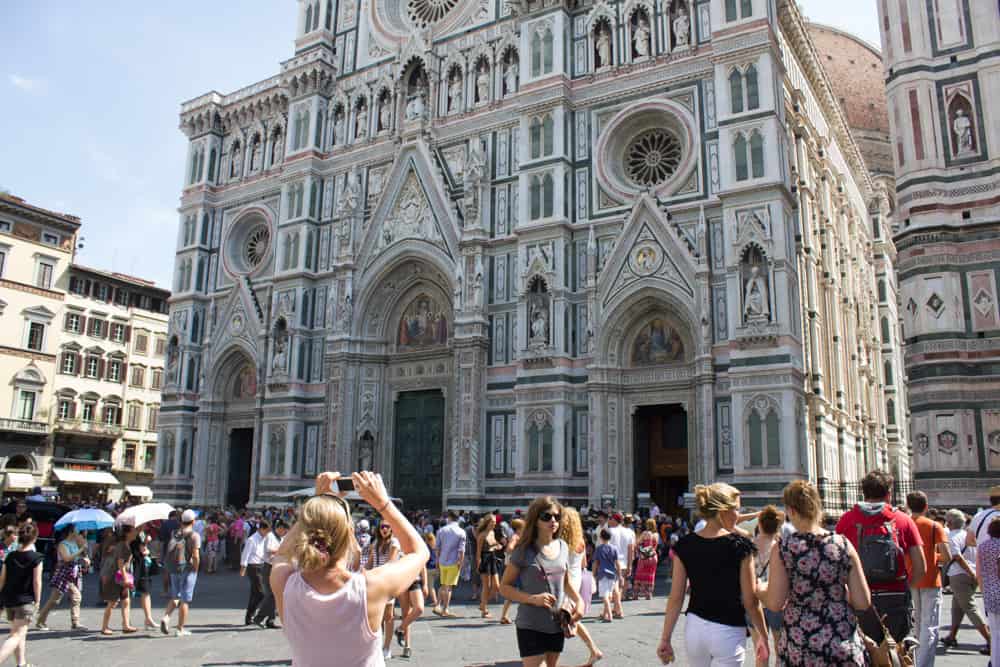 There wasn’t really a fail around that other than having to wait in line to go up to the Duomo for a million years in the heat. And just feeling like it was crowded all the time. Although if you rented a car/took a train and went even half an hour outside the city, I’m sure it would have been much less so!

Otherwise I LOVED Florence and would happily go back (although preferably in the fall or spring, or even winter this time!).

If you want to read more about all the mistakes I made the first time I went to Europe, you can do so here.

Ah Berlin. The three days we spent there were some of the most emotionally charged I have ever experienced.

And that is no fault of the city itself! Although it does have quite a heavy past – rather, it’s what we chose to do while there that made it so intense.

I also snapped at my friend while I was hangry (and I am not an argumentative, confrontational person, so I felt horrible after!). I was pretty mean and she had just been trying to be nice, and we’d never fought before. So, that made me feel pretty guilty which added an extra layer to the whole thing.

We’d also gone out and someone had said something not so nice to that same friend, and I don’t think I was as supportive as I could have been in the moment. So, that made me feel pretty shitty, too.

During the day, we went on a free walking tour and learned all about the Berlin Wall and WW2. We also visited the Berlin Wall, the Holocaust Memorial and Museum, and my friend (who is Jewish; I am, too, but not as involved with my faith as she is) went to a concentration camp. Needless to say, there was a LOT of crying that happened in those 3 days.

I think those are all important things to do, and I’m glad I did them – however, it was just really intense in the span of 3 days. It was A LOT to process and take in.

And that’s not to say that Berlin didn’t have its fun parts – we made the trek to get €1 scoops of ice cream multiple times, ate at a delicious fancy restaurant (we tried to have one nice meal in each city, and the rest of the time ate cheap street food), went out and walked home while the sun rose. We relaxed at a really pretty park and enjoyed the sun on our faces.

Torc Mountain may actually be one of my favorite places EVER.

It is soooo pretty and the hike up literally felt like I was in Middle Earth.

I wasn’t, but I kept glancing behind me, expecting Gandalf or Orcs (shudder) or maybe even Gollum (even more of a mega shudder) to pop up behind me. They didn’t, (un)fortunately.

ANYWAYS. I’d been gallivanting around Killarney National Park on the bike I’d rented (HIGHLY recommend!!) and the weather had been shitty in the morning but was perfect by the time early afternoon rolled around. I started the morning off at Ross Castle (SO WORTH IT, DO THE TOUR OK!!), then biked some of the trails around it, saw the Torc Waterfall, then went to the Muckross House & Abbey but decided not to go inside because I didn’t want to spend the money lol. It was about 3PM by that time (I was there in the summer so it didn’t really get dark till about 10PM or so), and I wasn’t sure what to do next so I asked the woman at an info desk if she had any suggestions. And she was like, OK YOU GOTTA HIKE TORC MOUNTAIN.

So I was like, aight lady, let’s do this then.

However, the maps were confusing AF (and remember, I didn’t have data included in my phone plan bc I am cheap) and so I got a littttle lost. Like I walked the wrong way for a good 30 min. Luckily there were plenty of people on the trail, so I just kept asking around (my strategy is to always ask the people with dogs, because they’re more likely to be local and know what the hell they’re doing haha), and little by little found my way. As I do.

I even met the NICEST Irish woman walking her dog – she walked with me for about 30 min before she had to go back to the “car park” (lol we just say parking lot in the states so this was a new and exciting term to me) and said she would’ve walked the whole way with me if she didn’t have an event that night!!! Irish people are sooo nice, I swear.

So then I was on my own.

Since I’d started hiking pretty late, the trails were emptying out by the time I was heading up the mountain. It was kind of nice being alone, though – I was really able to take everything in without all the people! I feel like such a grinch, but I really just enjoyed the SILENCE. However, the weather started taking a turn for the worse. It was getting cloudy and grey, and the closer I got to the top, the more threatening the clouds started to look. Especially since I was alone, it was getting later (like maybe 7PMish?), I hadn’t seen anyone else on the trail for about 30 min, and I had no cell service (every millennial’s worst nightmare). Every bad scenario started running through my head. I’m from California where we basically get sun and more sun and maybe a drop of rain if we’re lucky, so this whole storm cloud thing was new to me. I started imagining getting caught in a thunderstorm and struck by lightning, swept away by pelting rain, carried off by the wind, idk you name it, I thought it. The second I got to the top it started raining. Then pouring. Luckily I had my trusty rain jacket (I never went anywhere in Ireland without it) and as much as I wanted to enjoy the view, it was shrouded in clouds anyway. So, I literally sprinted down the mountain only to have it completely clear up 15 min later. LOL.

And there you have it! I hope you enjoyed those #truthbombs. Just tryina keep it real ya feel. Also, here’s the Truth Behind the Photos #1 if you’re interested!

Tweet
Share
Pin
Share
0 Shares
11 Reasons Why I Liked Lyon Better Than Paris
Doing What I Want Instead of What I Should: Navigating My Quarter Life Crisis