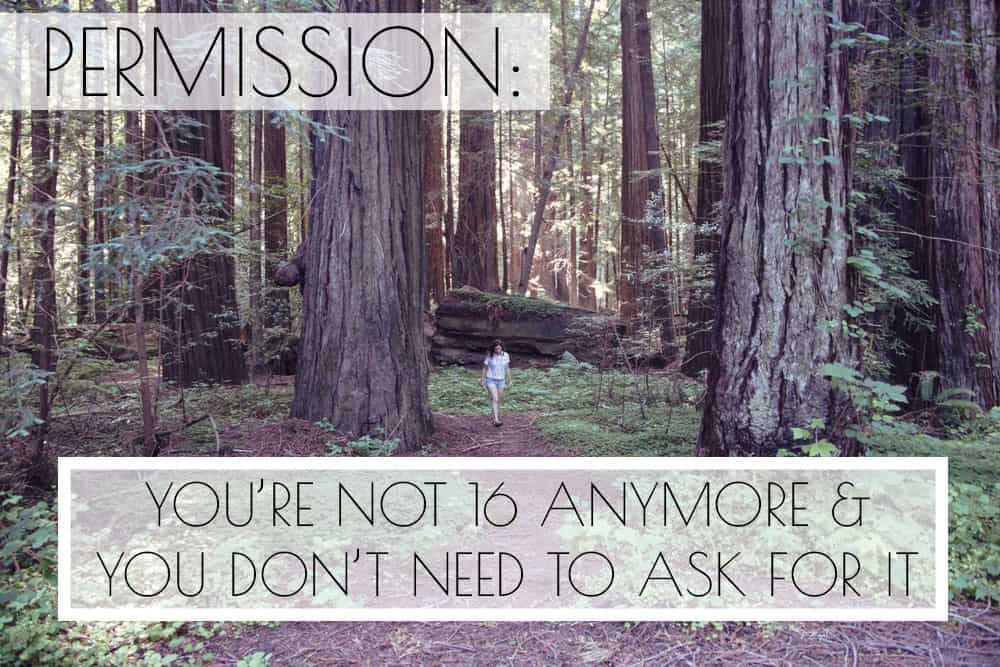 [Hanging out in the Avenue of Giants in California]

You don’t need permission to do anything.

I used to (and sometimes still subconsciously do) look for signs when I needed to make a big decision that I already knew the answer to, but felt guilty or irrational doing so.

I told myself it wasn’t the right time to do something, or that there were so many other people better than me, or that it didn’t make any sense, or that it would just end up being a mistake.

I’m learning that it will never be the right time. There were always be people better than you, but that is irrelevant – it is important to surround yourself with those better than you to grow. See it as inspiration rather than competition.

And sometimes, the best decisions make no sense at all at the time. You will make so so many mistakes, and they are all important, as long as you learn from them. You do not need permission. You do not need a good reason. Sometimes you just need to go for what feels right, or you’ll always be wondering, what if.

I’ve been listening to lots of podcasts lately, on entrepreneurship and just general growth – and so many say that everyone else thought they were crazy. That their idea would never work, or that their decision to pursue something they wanted that was a little risky was ridiculous. But you know what – they did it anyway. And so can you.

I know this narrative so well because I used to do that. I still do, sometimes, and am in the process of retraining my brain to think that I AM worth it, I do deserve to be successful, whatever I decide that to mean. I can do these things.

Dreams take all shapes and forms. Don’t let yours be nonexistent.