Tweet
Share
Pin70
Share14
84 Shares
I’m mainly writing this post out of my own frustration. It was SO HARD to find much information on what to do in Melnik, Bulgaria! Maybe because it’s also the smallest town in Bulgaria?

Melnik is a really cute little town located in southern Bulgaria. Known for its wine, Melnik is a fantastic stop for any lover of fermented grapes. We also saw so many signs for different flavors of wine – I really wanted to try them all, but we were driving, so I had to make do with just the raspberry…

Our drive to Melnik was a little, um, interesting. There were signs saying the roads were closed, but people were just…Driving around them? So, we followed suit since we’d already driven over an hour from Bansko and our only other option would be to drive back.

There was a little bit of construction in one section, but other than that the roads were totally fine. I don’t know, maybe they weren’t really closed?

So, I don’t know, I’m not telling you to ignore the signs, but I guess – just use your best judgement?

The town itself pretty much consists of one main street lined with pretty shops, hotels, and restaurants. Although small, it’s gorgeous!

I think this is because it was on a Sunday in January, but still. I’m not sure what the deal was! 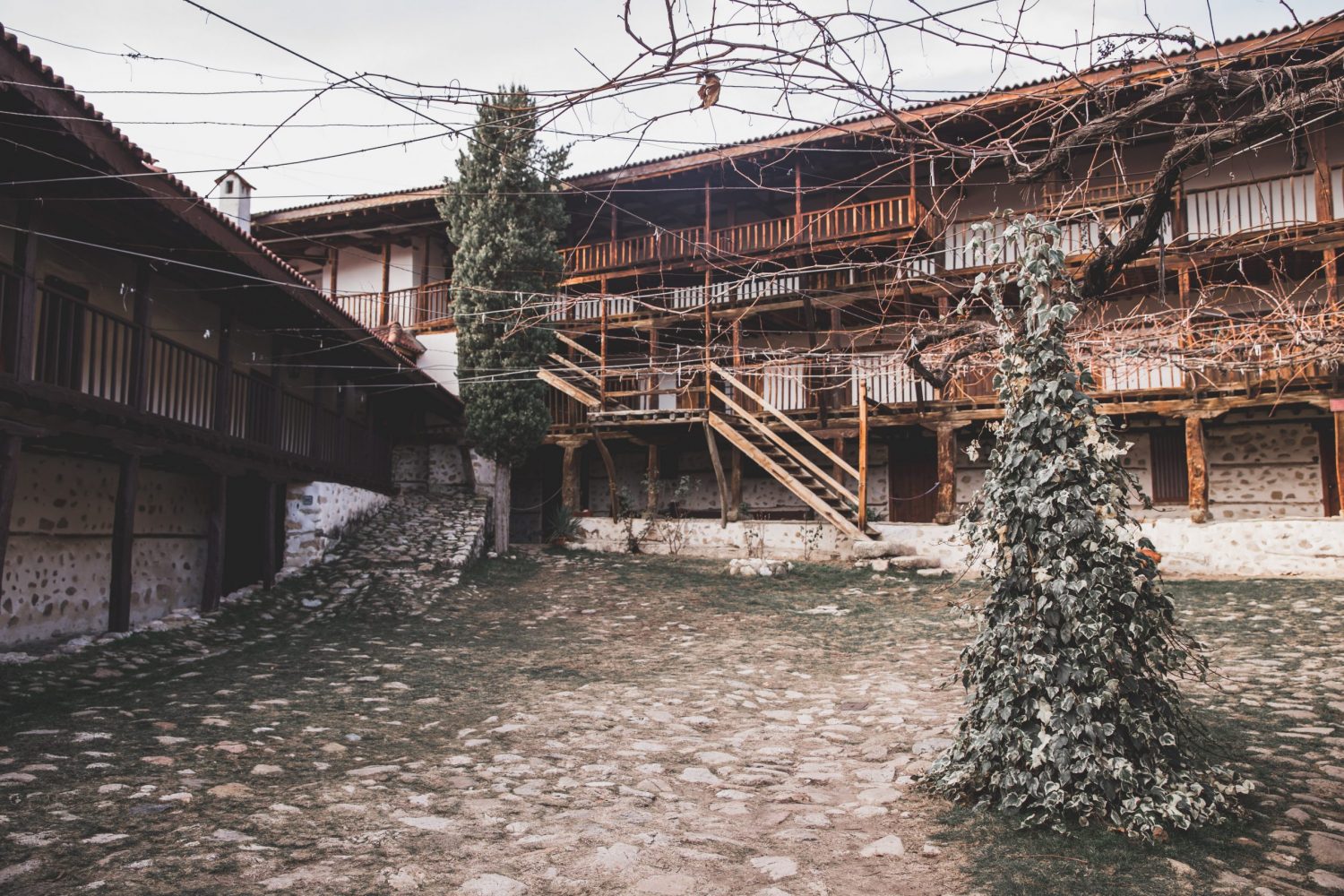 Regardless, we were able to explore the outdoors since lots of things were closed! LOL. First we drove to the Rozhen Monastery and explored the beautiful grounds. We also wanted to see the Melnik Pyramids, but we had no idea where they were. We pretty much just took a path that went upwards, and turned out that was the right one!

Just look for the sign for Rozhen Pyramids in Cyrillic (Роженски пирамиди).

I do admit that parts of the trail were a littttle sketchy. Like pretty narrow with steep drop offs below, or a bunch of wood tied together to make a platform.

So this might not be the BEST thing for you to do if you’re afraid of heights. It wasn’t terrible, just a little nerve racking. Good to live a little on the edge, right?

You can even walk all the way from the town of Melnik to the monastery if you’d like! I wish we’d had time to do that, because the short section that we did walk was BEAUTIFUL.

It’s about 3km, or 2 miles, from Melnik to the Rozhen Monastery if you hike the trail. DON’T take the road if you want to walk – it’s much longer! It will take about `1.5-3 hours each way. If you do decide to walk, here’s a detailed post about the hike.

We just drove to the Monastery, which is about a 12 minute drive from Melnik.

To see a really pretty viewpoint of Melnik itself, route your GPS to Monastery “Virgin Bogoroditsa Spileotisa”. Park at the bottom of the hill (we accidentally went too far the first time and drove to Saint Petka Church instead. Also beautiful, but doesn’t have the viewpoint!).

Then, walk up the steps for about 10-15 minutes. Turn left at the top, and you’ll see the monastery.

Walk past the monastery, and you’ll find the viewpoint there!

Unfortunately, it was already getting dark by the time we arrived so we didn’t have much time to enjoy the view. It was still gorgeous, though!

For dinner, we went to Chavkova House and it was pretty good! I wouldn’t say it’s BEST meal I’ve had in my life (but I’m spoiled by all the options for Bulgarian food we have in Bansko, where I am currently) but it was certainly delicious. We ended up buying a bottle of raspberry wine and some yogurt at a random convenience store at the beginning of town, since everything else was closed. The yogurt was amazing (Bulgarian yogurt is SO GOOD) but the wine…Well…Let’s just say we weren’t huge fans. If I could go back, I would have loved to visit a winery or bought some from the actual wine shop!

HOW TO GET TO MELNIK

Driving is clearly the easiest option, albeit the mysterious road closures.

I’m also not telling you to hitchhike if you don’t have a car, BUT – we picked up some hitchhikers on our way from Bansko to Plovdiv. So, people do hitchhike in Bulgaria! Although I’d imagine it might be hard to find someone driving to and from Melnik, unless it’s on a weekend in the summer when it’s a little more busy.

You can also take a bus directly from Sofia but would need to stay overnight if you chose this option. One bus leaves from the Central Bus Station at 2PM and arrives in Melnik at 6PM; the bus from Melnik to Sofia leaves at 6AM. So, you would be kind of stuck!

I hope you enjoy your visit to Melnik – it’s must do in Bulgaria! 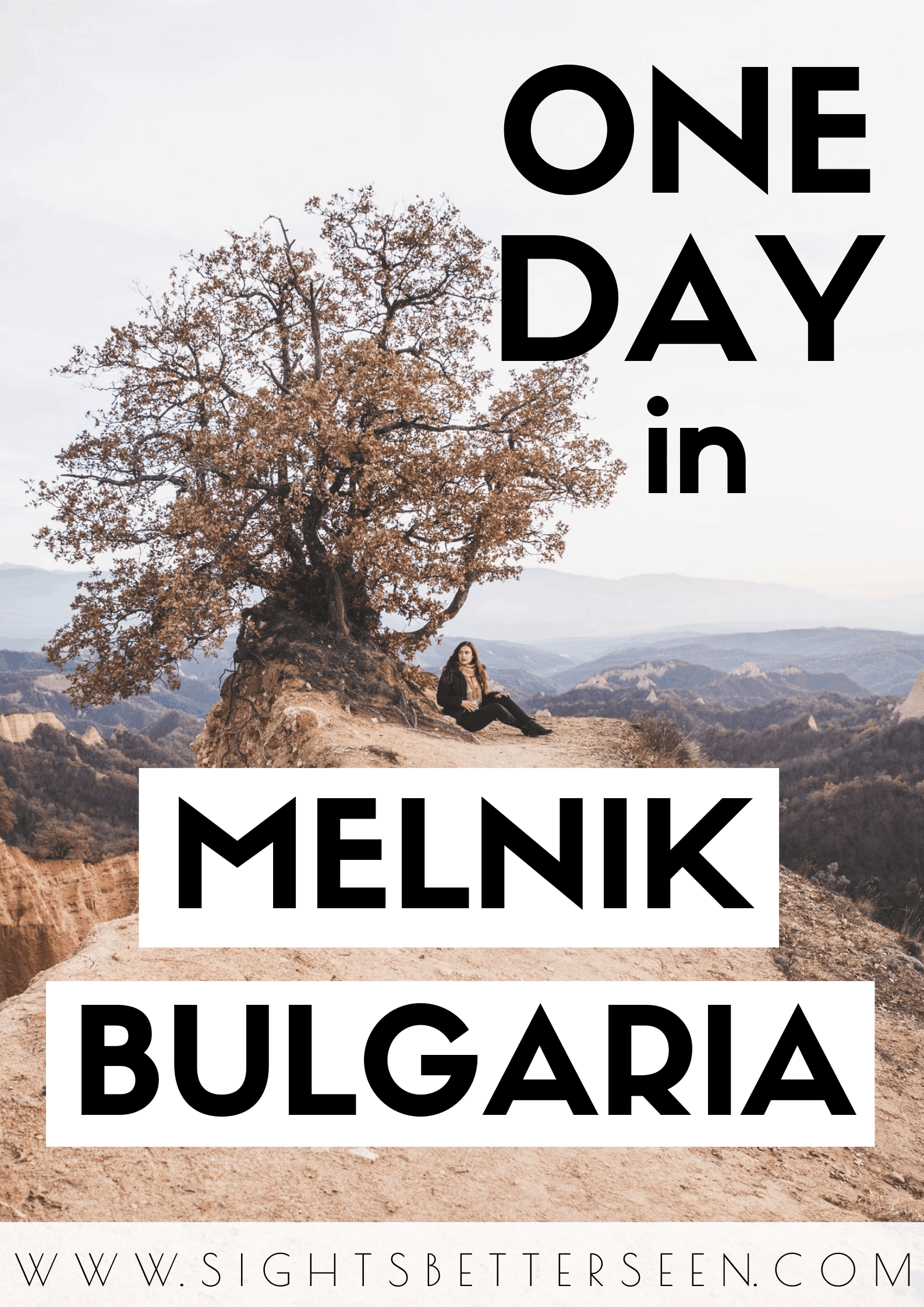 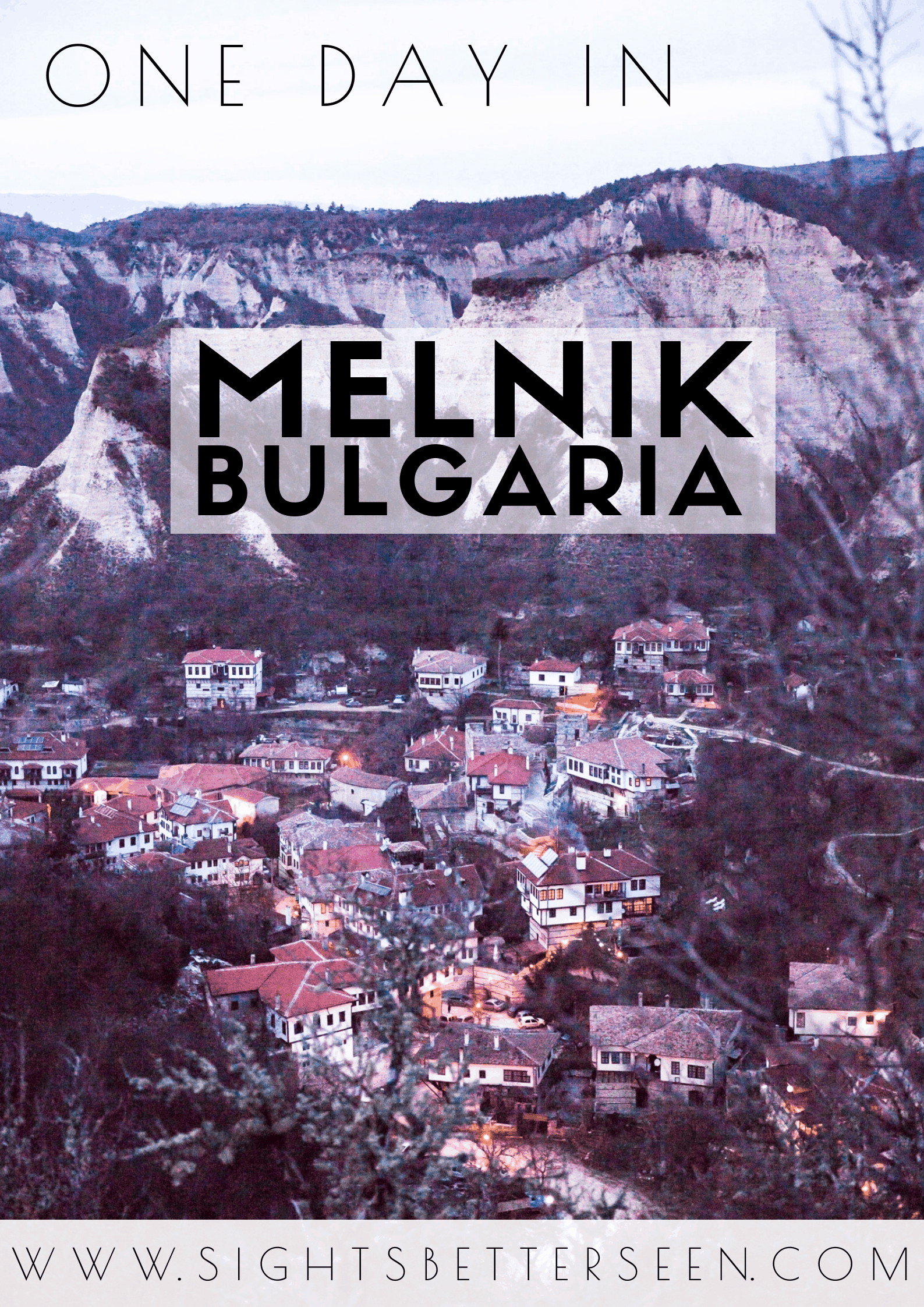 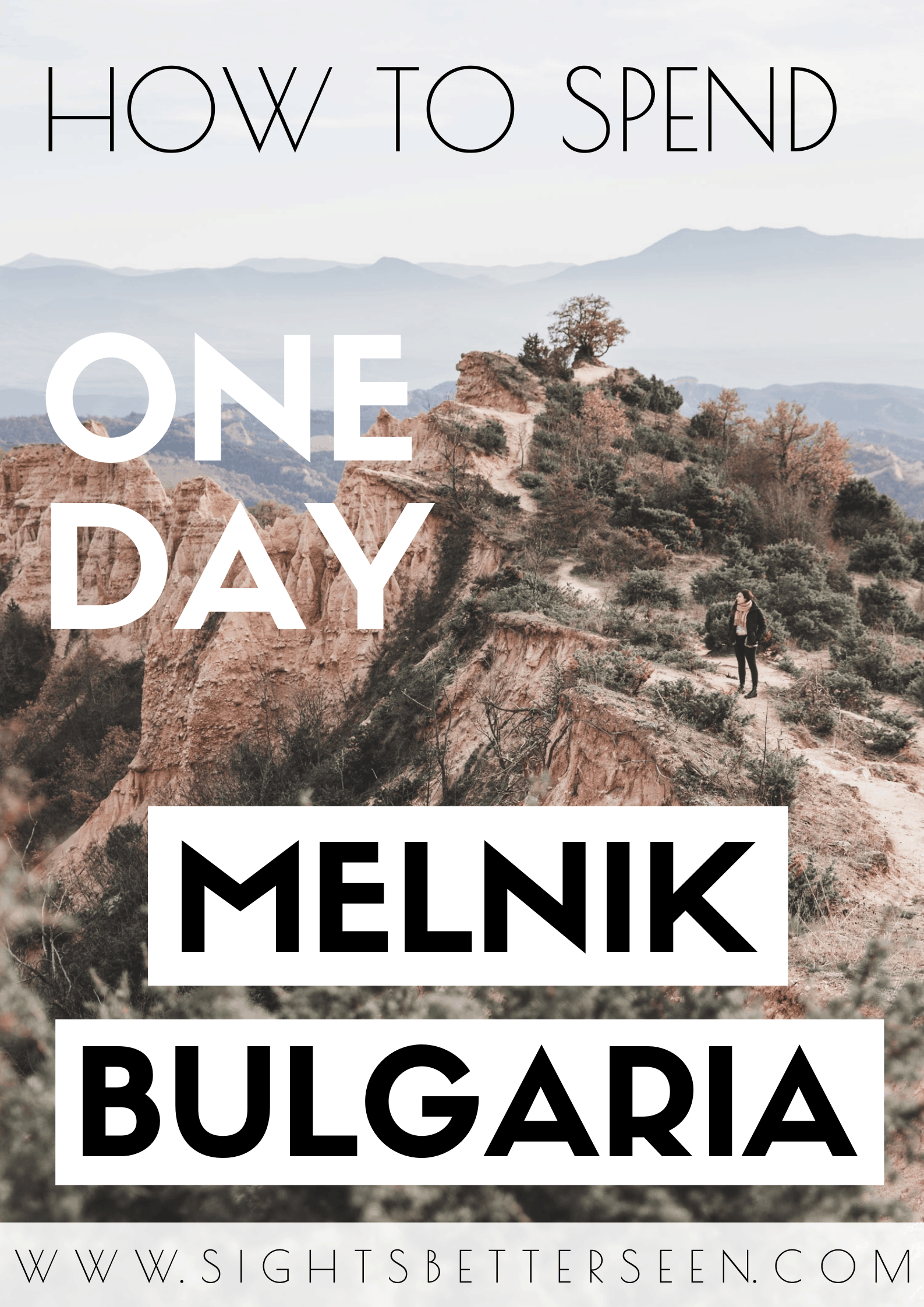