I just had to hop on board…And I also just like talking about the places I’ve visited, so…Here we go!

2016 was pretty hard to beat, travel-wise, because I moved to Flagstaff for three months (which I absolutely LOVED) and got to see a ton of Arizona through projects/exploring while in the conservation corps; then I went to Europe for 1.5 months and explored Israel, Greece, Ireland, and Belgium, and then Costa Rica for 10 days! Soooo it was pretty fuckin great.

2017 was still awesome, just a lot more local, especially since I had a job that I was sticking around the Bay Area for.

And so, here are my favorite destinations from 2017. 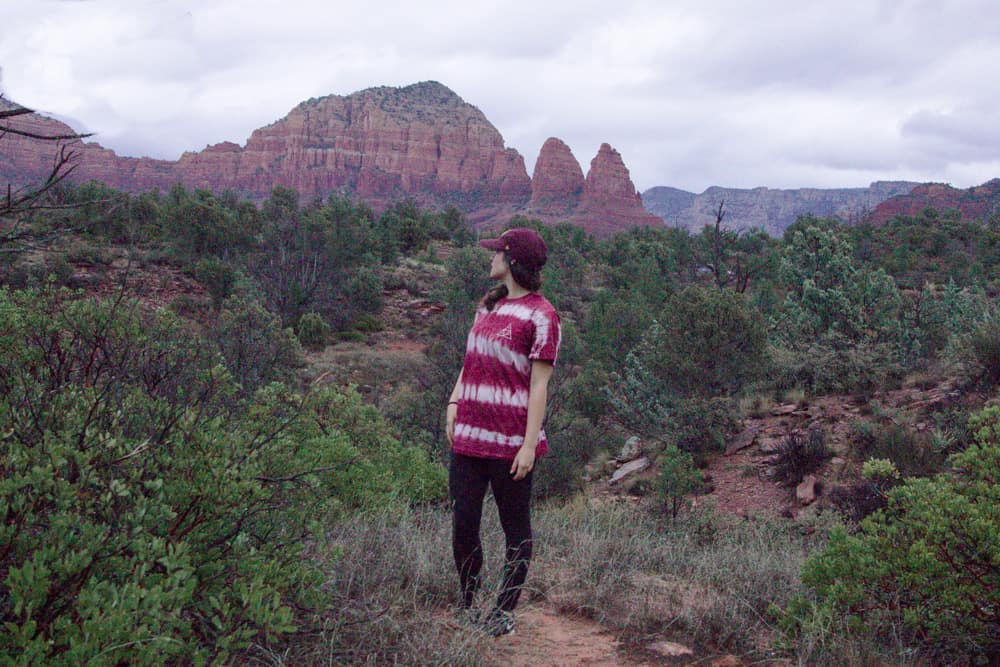 I’d been to Sedona before, but not like this! The first time I went was sunny and hot and crowded. This last time it was foggy and moody and sprinkly and basically empty.

Sedona just has this magical-ness around it – it’s such an out-of-this-world feeling place!

Again, I’d been to Yosemite before, but never in the winter!! It was soooo beautiful with all the snow. And while I don’t know if I’d camp again (rain and mud) in that weather, I’m already planning to go back again this year to finally catch the firefall! (Update: firefall didn’t happen; maybe in 2019!)

I’d never been to Half Moon Bay or Pescadero or basically that whole stretch of coast (I’ve driven the 1 before but always started in Santa Cruz), and it was so. PRETTY.

All the beaches were MAJOR heart eyes. I’d highly recommend doing the short trail at Bean Hollow Beach, and going to the Cypress grove!

If you’re tryina get your tide pool on, Fitzgerald Marine Reserve is supposed to be a  super legit place to go.

THE PERSIAN CARPET IN CALIFORNIA

…Is apparently what this beautiful place is called. This past season was a great one for wildflowers, at least in California.

I’d originally wanted to go to Carrizo Plains, but my grandparents (who live in San Luis Obispo) were like, nooooo, we know a better place. And it definitely did not disappoint.

And apparently these pictures don’t even show it at its height – my grandparents kept talking about how they’d seen much better before, and how it was past its peak. But I didn’t know any better, so I was into it.

Okay so this is kind of a cop out, and I’m probably totally cheating, but I loveddddd all the beautiful Oregon waterfalls!

My friend Sabrina is gonna give me so much shit for this, because she was waterfall obsessed and I hardcore made of fun of her while secretly loving it just as much.

My favorite destinations were: Proxy; Toketee; Clearwater; Koosah; and Burney (even though it’s in California I’m just gonna stick it in there anyway). I’m also gonna sneak the Blue Pool in that list (soooo blue!!).

This was the coolest! And so pretty, even though we only really saw it on the last day haha. And it was snowing, but that somehow made it even more amazing.

Give me coastal views and forest landscapes any damn day. I was near moved to tears like multiple times. My friend Sabrina made a ton of fun of me. That seemed to be the theme of our trip.

My favorite destinations were: Cannon Beach (it really is worth the hype!), Cape Arago, Port Orford (Nellie’s Cove), The Samuel Boardman Corridor (specifically the Arch Rock Viewpoint), all the lighthouses, and basically every other random stop we made because the views were just on point.

I love Tahoe. I really do. And it’s equally as beautiful in the winter as it is in the summer!

We were originally supposed to go backpacking on the Thousand Lakes trail, but the creeks were too high due to the astronomical amount of snow we’d gotten the year before. So, we went to Emigrant Wilderness instead, which did not disappoint!

Similar to Tahoe, with lots of rocky granite cliffs and pines. Ugh. Give me the Eastern Sierras and high alpine habitats any damn day!

This place was un. Freaking. Real. The water color was unbelievable. Sooo soo bright blue!! Can you see why it was one of my favorite destinations!

And with the backdrop of rocky mountain crags I was literally dying. The long-ass (and exhausting AF, not gonna lie – the way to the lakes is pretty much ALL uphill) hike was totally worth it. Just make sure you start your day early!

BUT I’m so stoked for 2018. I’ve already got some super fun travel plans in order: Seattle for New Year’s, 2 weeks in Stockholm, Abisko, and Copenhagen in January, and San Diego for a weekend in February. And hopefully Yosemite Firefall Take 2, and Havasupai! Fingers (and toes, and eyes) majorly crossed.