Tweet
Share
Pin2
Share
2 Shares
Ok, so the Madonna Inn is pretty damn expensive. We all know that. But – you can still check it out even if you don’t have the funds to stay in a room (still a dream of mine – one day!!). We went to their cafe and grabbed a slice of cake (yep, that’s it – we broke) and then walked around this gem of a hotel.

You can check out the restaurant, bathrooms (of course lol but you really should look at them, even if you don’t have to go! They fancy AF – the dude’s bathroom has a freaking WATERFALL in it), shop(s), pool area (although I don’t think you can swim unless you’re actually staying at the hotel), tennis courts (they’re also PINK!), garden, and the outside of all the pretty hotels. Maybe you’ll even get lucky and someone will be leaving theirs when you walk by and you can get a glimpse inside! (I’m actually the creepiest)…

If you’re not familiar with the Madonna Inn, each room has a different theme. And they are decorated waaaaay over the top, and are so amazing! I’m dying to stay in Carin or Merry (both pink glitter rooms), Daisy Mae (yellow and rock walls), Caveman (animal prints and more rock walls)…All the other rooms are just as equally ridiculously themed. I’m literally down for any of them, as long as there’s glitter and rocks involved. The bathroom doors have these amazing plush red doors. Next time I’m planning to achieve ultra creep status and take better photos of the rest of the bathroom! And okay, a very short history. Originally, it was built by Alex and Phyllis Madonna in 1958 – only to burn down in 1966. A year later, they reopened with the 110 fantabulous rooms that make it up now. One day, I will swim here, in all its retro pool glory. We went during the day, and just ate at the cafe, but I’d imagine the restaurant at the Madonna Inn comes alive at night! 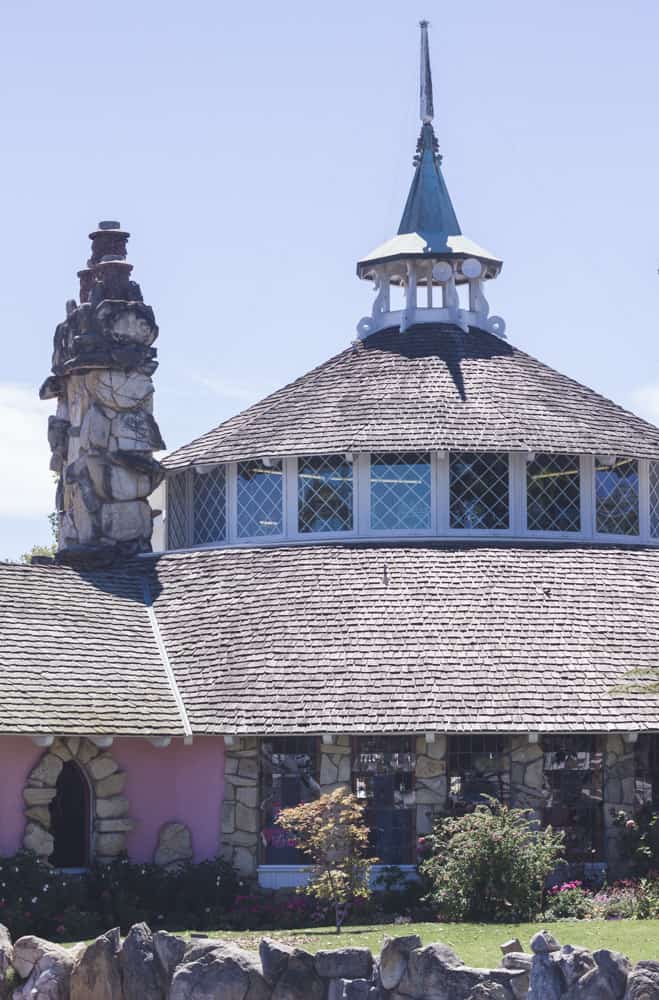 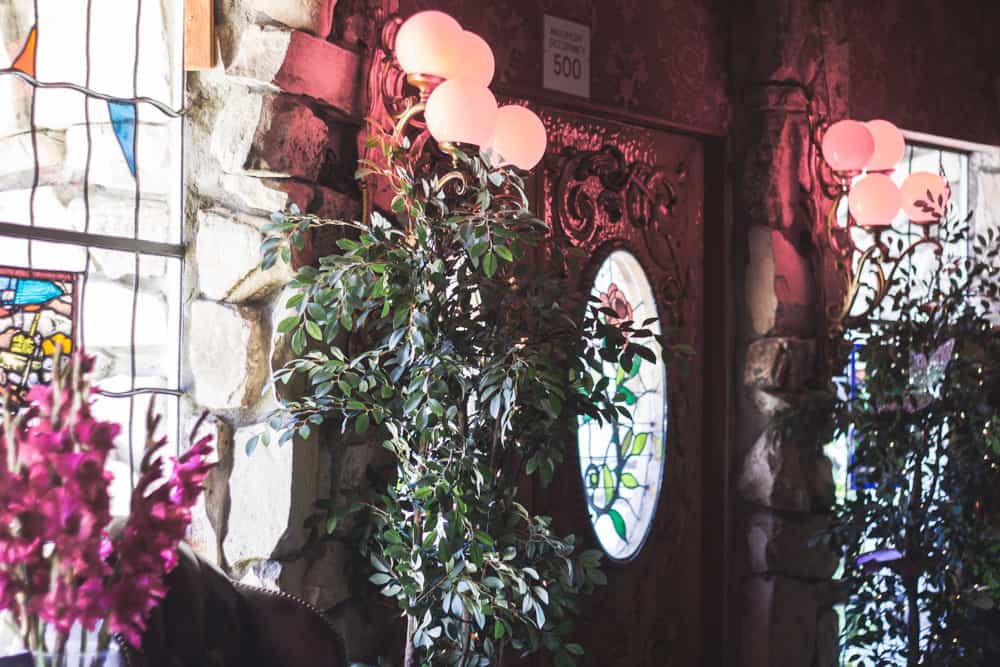 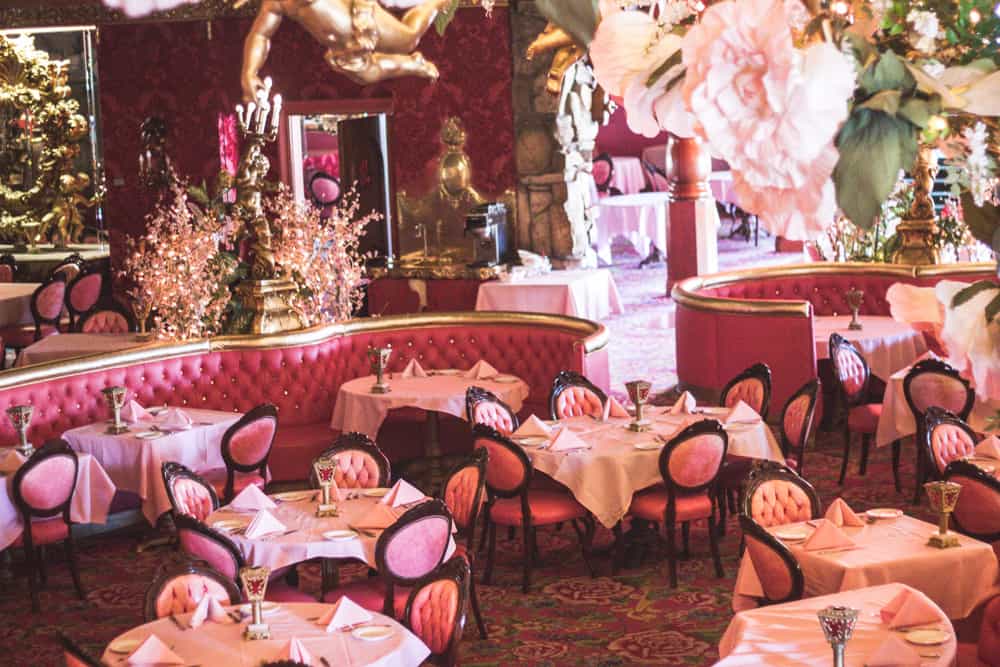 In short – The Madonna Inn is one of the most unique hotels to ever sit on this earth. I am obsessed and I hope you are, too. 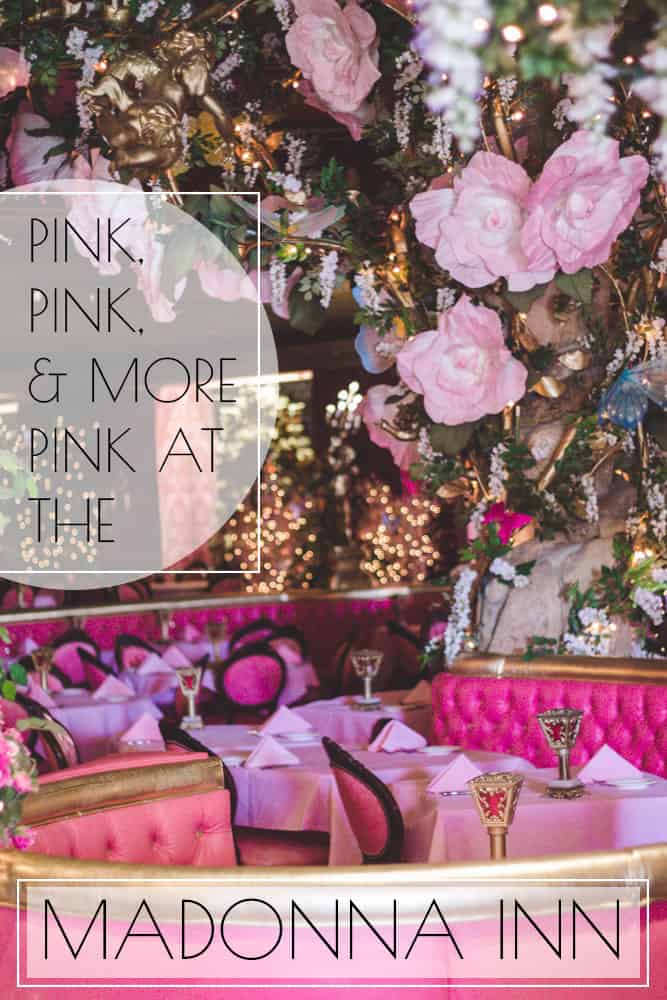