I didn’t want to include this in my You Should Probably (Definitely) Go to Ireland guide because that would be really long. (But you should probably read that, too, because it’s chock full of information and hilariousness, and shares the best things to do in Ireland.)

GETTING AROUND IRELAND (TRANSPORTATION)

BUT before I met my friends with the car, and stayed with my family for a week (and they had a car), I took buses. The logistics of getting around aren’t all that bad!

There are a few different bus options you can do so I’d recommend checking them all out depending on which city you’re going to. Here’s what I used:

– BusEirann goes to the most places.

– Citylink goes to major cities, like Dublin and Galway, among others.
Also remember to select the “student” option as the ticket type – you’ll get a small discount! Only if you’re actually a student of course (…orrrr still have a somewhat valid-looking student ID) but they didn’t ask for my ID when I presented them my ticket…So there’s that…

– Dublin Bus takes you around Dublin.
**Also remember to carry EXACT fare because most bus drivers don’t carry change (especially on the buses around Dublin!).

Biking is also great! I rented a bike to for my trip cycling Killarney National Park (which I highly recommend). I was able to easily see everything I wanted to, and even squeezed in a hike to Torc Mountain. I also biked Slea Head Drive in Dingle because I was a rebel (most people drive – ok, I wasn’t a rebel, I just was too broke to rent a car…).

And don’t forget to ask about that student discount! Neither of the places I rented a bike from advertised it, but I asked and they rented me a bike for €12 both times instead of €15. Score 😀

Hitchhiking is another option. I’m not necessarily recommending it, but I met two girls in one of my hostels that let me come along with them. Everyone that picked us up was incredibly nice and it was decently easy to get rides – even for a group of three girls. Again, I would recommend being very careful if you do this, and preferably not while alone.

Some people speak Gaelic, but most everyone in Ireland also (or only) speak English.
Unless you’re in Killarney. Then everyone speaks jibberish.

I kid I kid but they talk really fast and have an intense accent and you can’t really understand them and it’s really awkward because they speak perfect English but you still have no clue what in the world they’re saying so you just nod along and smile and laugh occasionally and then it’s silent and you realize they asked you a questions and so you say “yes.”

And then luckily they continue talking and you continue smiling along with the occasional laugh for good measure.

Ireland is a little more expensive, I found, especially with food.

Try to stock up on groceries from supermarkets and stay at a hostel that provides a good breakfast (my hostel recommendations are below).

WHERE TO STAY IN IRELAND

Hostels: Hostels are all over Ireland, so it’s not hard to find one to stay in. In Dublin, especially on weekends in the summer, you should book earlier and be prepared to pay higher prices. For instance, I found hostels in Dublin for €10-20 a night on weekdays, but on weekends they went up to €30 or so. It was similar in Galway.

Camping: I met 2 girls who were camping in a tent, and 2 guys who were hammock camping (my hitch hiking pals!). I camped with them for 3 nights and we stayed in random fields on the outskirts of town, and spent one night in Connemara National Park!

We took what we brought and packed out all our trash – very important anytime you’re camping!

Be prepared for cold nights though, even in summer! It definitely rained and it was also pretty chilly.

BE PREPARED in Ireland. You often get all 4 seasons in one day (and the weather forecast is often wrong).

It rained a little almost every day I was there (3 weeks in July) so always be prepared no matter how sunny it looks like it’s going to be. I brought my raincoat with me everywhere!

And if you wake up and it’s raining, don’t lose hope! The day I went to Killarney National Park it was raining and grey and scary in the morning, but lovely and beautiful by 11AM.

Then the second I got to the top of Torc Mountain it started to pour and I was terrified for my life (because I’m from California and we had been in a drought for like 10,000 years at that time so I was like, what is this strange stuff coming out of the sky) and I ran down the mountain (literally) only to have it clear up and get sunny again 5 minutes later.

And then I felt like a fool and wished I’d stayed at the top longer. BUT on the bright side, all the rain means lots of green and lots of rainbows!

So go forth, ye traveler, and use these logistics tips to make the most out of your Irish adventure!

Tweet
Share
Pin
Share
0 Shares
Visiting the Land of Leprechauns: The Best Things to Do in Ireland
No One Knows What They’re Doing: Inspiration When You Feel Lost 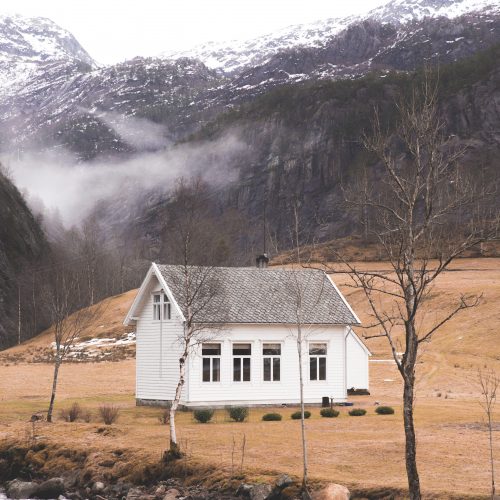 Piódão is pretty, The End. This little village i

Portugal but make it ✨cottagecore ✨

It’s funny how quickly you become accustomed to

Excuse me while I spend the rest of my life removi

The lighthouse Cabo de São Vicente in Sagres, aka

Portugal has about a million (ok, 102) of these pa