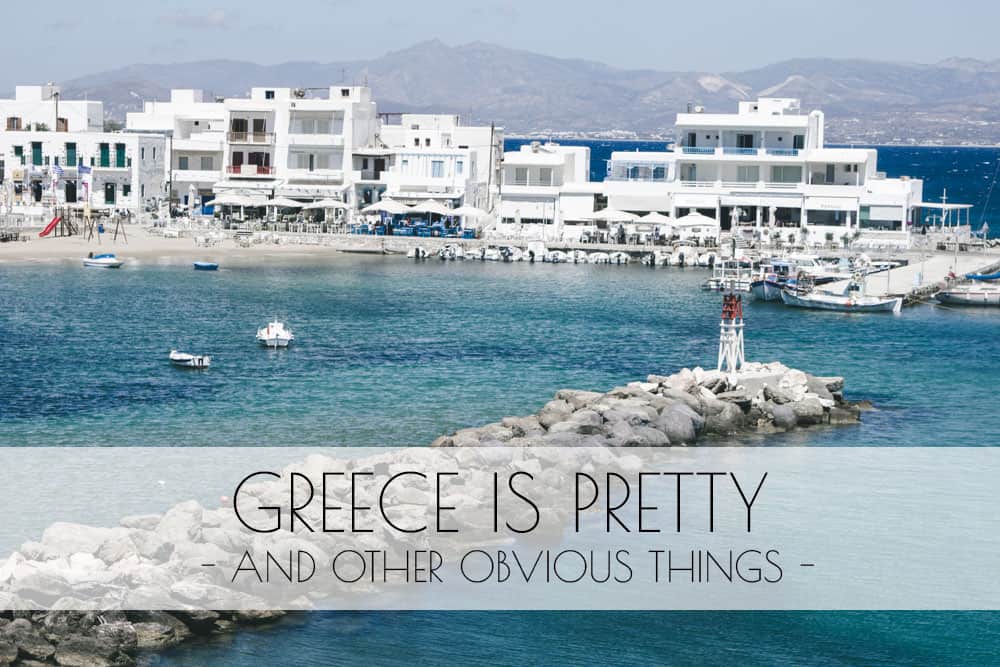 [Harbor in Paros – I don’t remember the exact name of it, so if someone does let me know!]

Because it totally makes sense that I’m posting this in winter, when I’m currently in the middle of planning a trip to Stockholm. LOLZ.

But I miss Greece so so so much. And thus I’m going to talk about my trip there from like a year ago. There is something in the air in Greece that just screams CHILL (just like that, in all caps).

Especially Paros. I could go back there again and again – they spray Xanax or beaver tranquilizer vapor in the air. How legal that is, I’m not sure, but how super CHILLED out I was, that I am sure of! 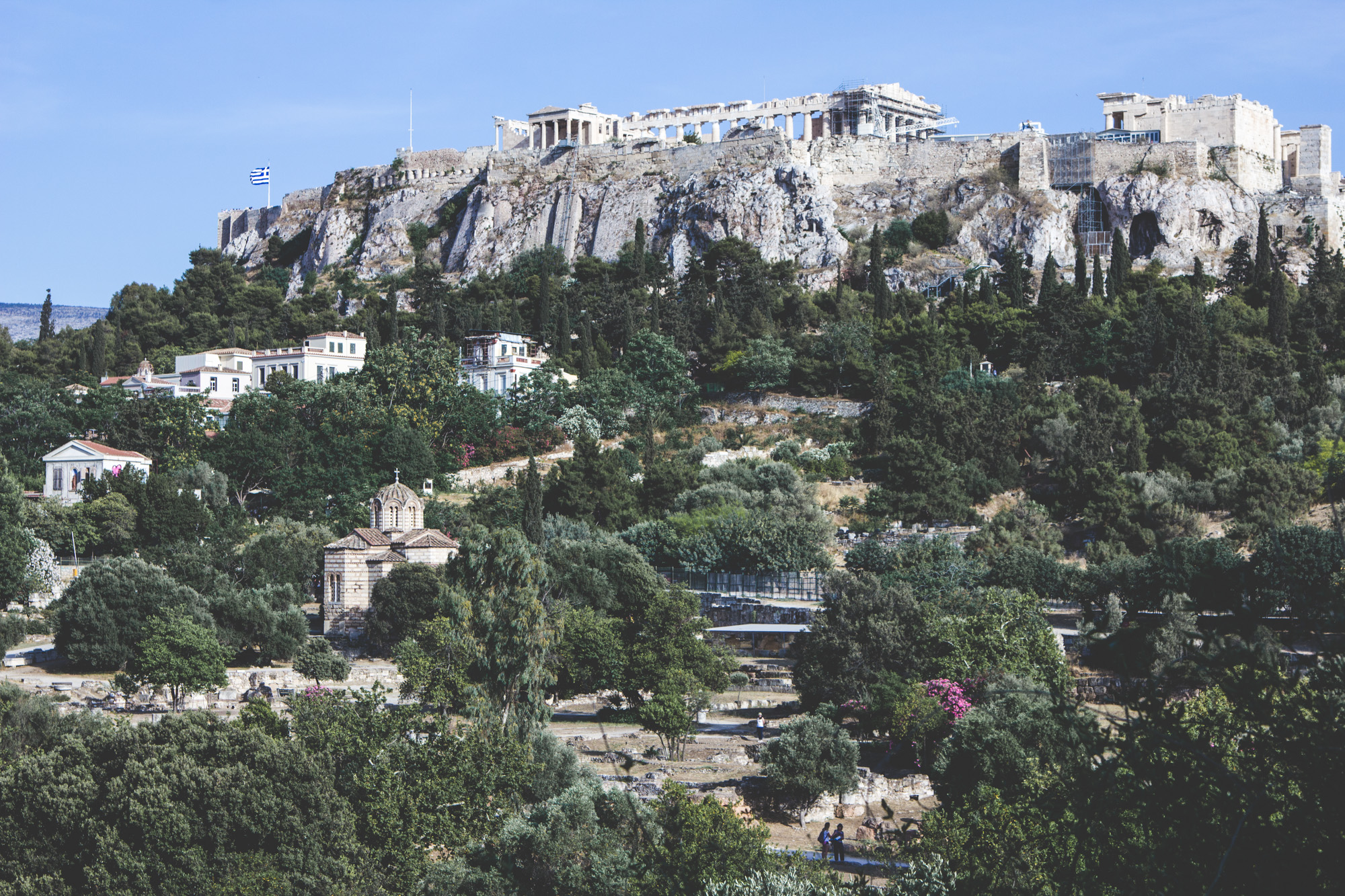 I could not praise the islands enough! You should 100% go to Paros. And Santorini just because it’s Santorini (but expect crowds – it can feel a little like Disneyland).

YES, YOU SHOULD GO TO ATHENS… 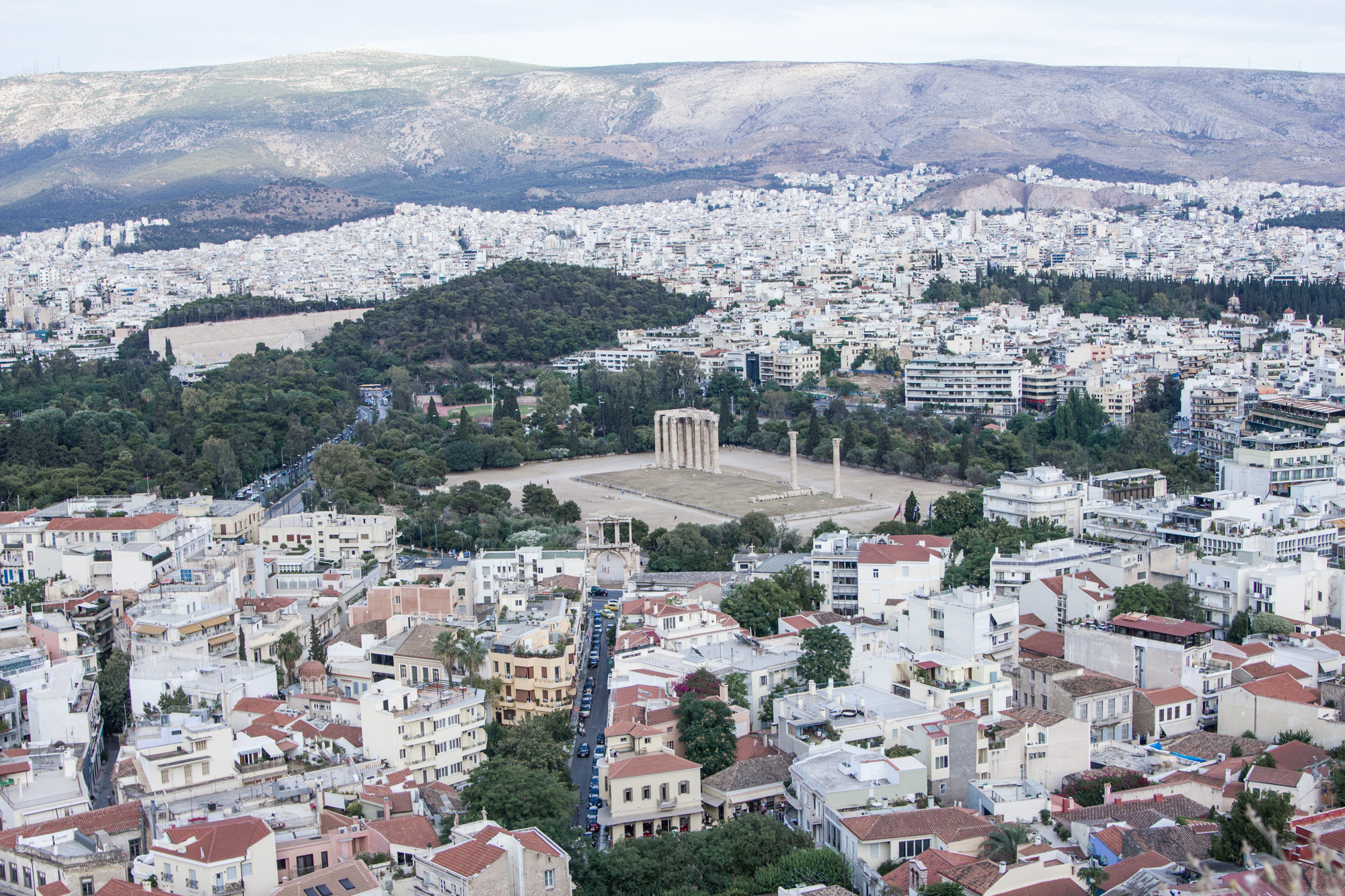 …But I wouldn’t recommend spending too much time in Athens. I may get some hate for this, but I felt a little nervous on my own in Athens (I was definitely happy to have my friend Andrew there with me so I wasn’t alone!) and I was very happy to leave and don’t really have a huge desire to go back.

It was very cool to see all the old ruins, and I’m happy I did that, though! However, I didn’t do too much exploring outside of the main city center, sooooo that could 100% be my bad.

GET YOUR BUTT TO METEORA 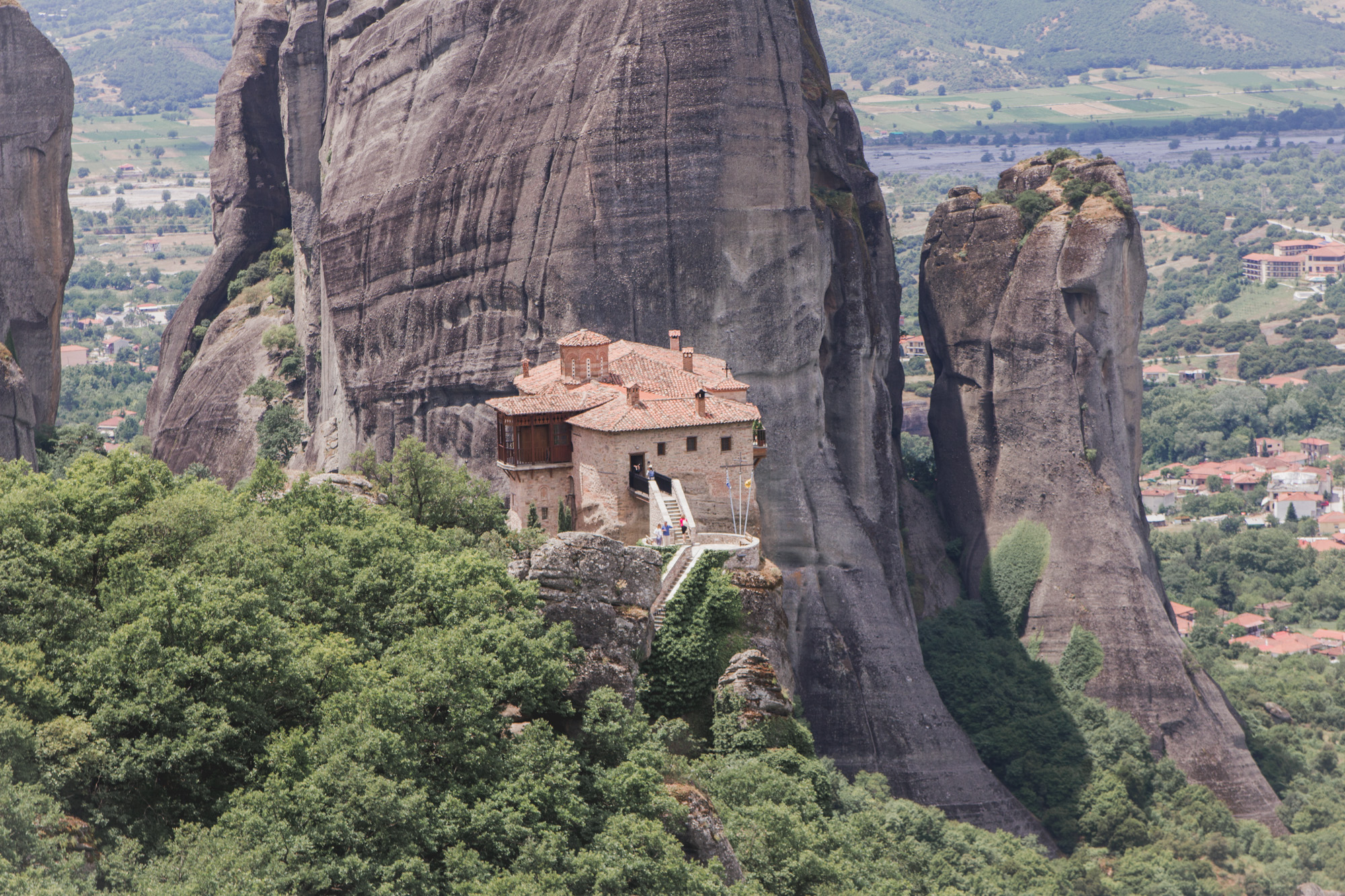 Meteora is hands down one of the coolest, most unreal and unique places I’ve ever been. Like ever. Basically all these monasteries on huge, tall rocks. 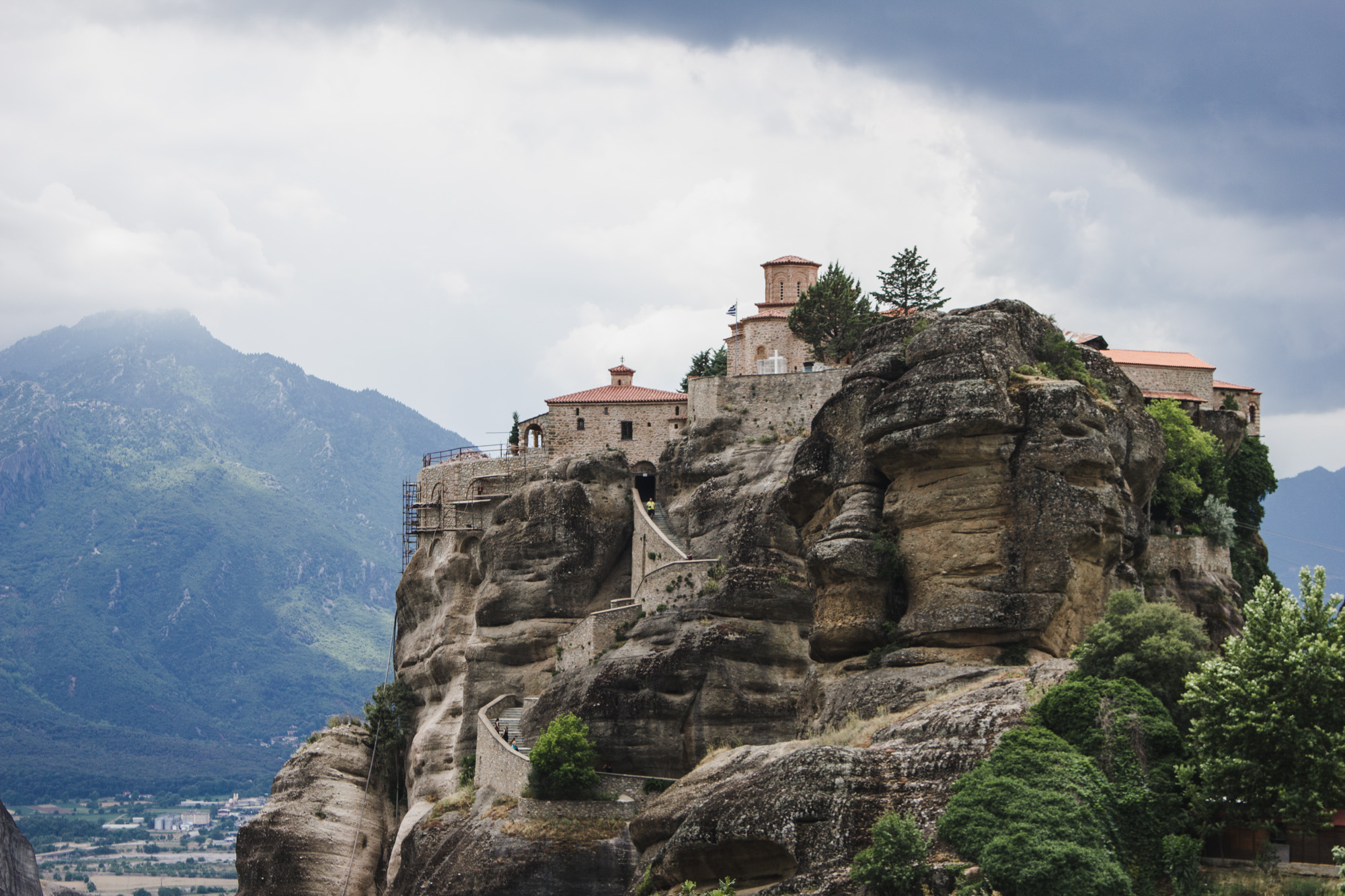 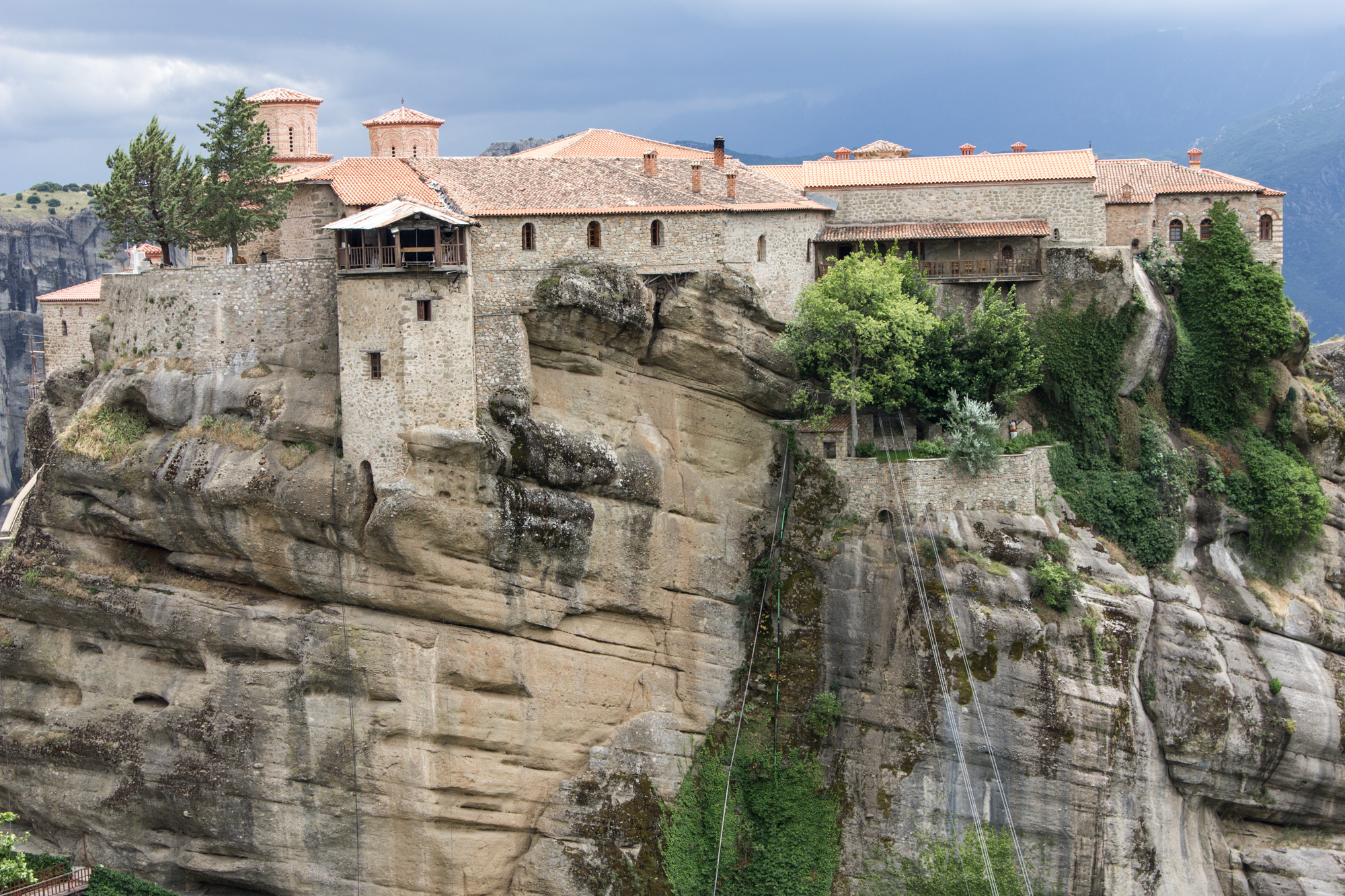 It was a pain and a half to get there (but probably way more of a pain for the monks to build the monasteries atop said rocks) and consisted of a 5 hour train ride each way, then getting from your hostel to Meteora is another bus ride, then you walk to Meteora if you’re cheap like us and don’t want to pay for a tour bus/taxi.

GO TO AN ISLAND BECAUSE I SAY SO

There is something about the Greek islands that are like no other (not that I’ve really been to any other islands, LOL, except for Maui when I was 14) and they are so beautiful.

They’re all dotted with whitewashed houses and bright blue water is abundant, so you’re set on that count. That said, they each have different vibes, so here’s a quick rundown of what you’ll find on each island:

Santorini: Tourists. LOL but actually. The red beach, white beach, black beach. High cliffs and volcanic rock. Not the best place for beaching yourself, contrary to what I assumed. Known for being more of a ‘romantic’ destination.

Naxos: Beautiful beaches like Paros, but more families (according to the clerk at my friend’s hostel).

Zakynathos: Pretty and known for that famous shipwreck.

Crete: Beautiful and lots of history.

I don’t know much about the other islands, but if you want to read more, go here. When (not if!) I go back to Greece, I’d love to explore some of the lesser known islands. And then blog about it, of course.

Greece I miss you! And I’m coming back. Like I’m booking a ticket right now. Okay I’m not but future me definitely is.