Tweet
Share
Pin
Share
0 Shares
Doesn’t everyone have these sorts of stories? Or is it just me? Awkward? Am I the only failure of a traveler? I feel like the #1 travel tip ever is BE EARLY TO THE FREAKING AIRPORT and yet I’ve missed a decent number of flights and had quite a few close calls…

So, without further ado, here are some stories of me being a total dumbass, enjoy!

MISSING MY FLIGHT FROM LONDON TO BARCELONA

This is actually now one of my favorite memories! Although at the time, it pretty much sucked like a lot. So £60 later, and after lots of tears, we found out the next flight to Barcelona wasn’t until the next morning. Since we were budget backpackers, this meant we had to sleep at the airport.

Aaaaand of course the airport we were flying out of was super small, so it closed for 4 hours, from 12:00AM-4:00AM. We went to a nearby McDonald’s until they closed, then headed back to the airport to sleep outside on the lawn like the peasants we are.

Because it was London, it was cold even though it was summer (get your shit together, London), so I put on pretty much every item of clothing I’d packed, including my rain jacket. And of course a heat wave had literally JUST ended (and by London’s standard of a heat wave, it was like 85°F lololol. And yet, there were literal announcements on the tube reminding people to drink water and not get overheated).

ANYWAYS. We were woken up around 2:30AM by some rain drops, and out of freaking nowhere some thunder and lightning. LOL.

It sucked waking up as we were exhausted, but it was super cool to actually see the storm. The lightning strikes were pretty close, and we never get storms like that in California, so I was actually super stoked! Luckily, there was an awning around the building, so we watched the storm underneath with a few other people and stayed dry.

Our luck turned up when we met a lady on the plane who gave us her unused train pass. But then we got to our hostel and found out we’d accidentally booked the wrong week, so we had nowhere to stay after our first night there………FUN TIMES!

MISSING OUR FLIGHT FROM LONDON TO PARIS

Basically London hates me. My friends and I were 100% sure that we were flying out of Gatwick Airport (that’s where we’d flown in) so we arrived the night before and slept at the airport (we had an early ass flight. It was probably at like 11:00AM but that’s basically the same thing to me).

The next morning we went to check in – only to realize our flight didn’t exist. Turns out we were supposed to fly out of Heathrow – and there was definitely not enough time to make it so we were all pretty bummed on the bus ride over.

But then – a ray of sunshine somehow spread over the airport and the guy at the desk took pity on us pathetic American girls and gave us all a free flight!!! 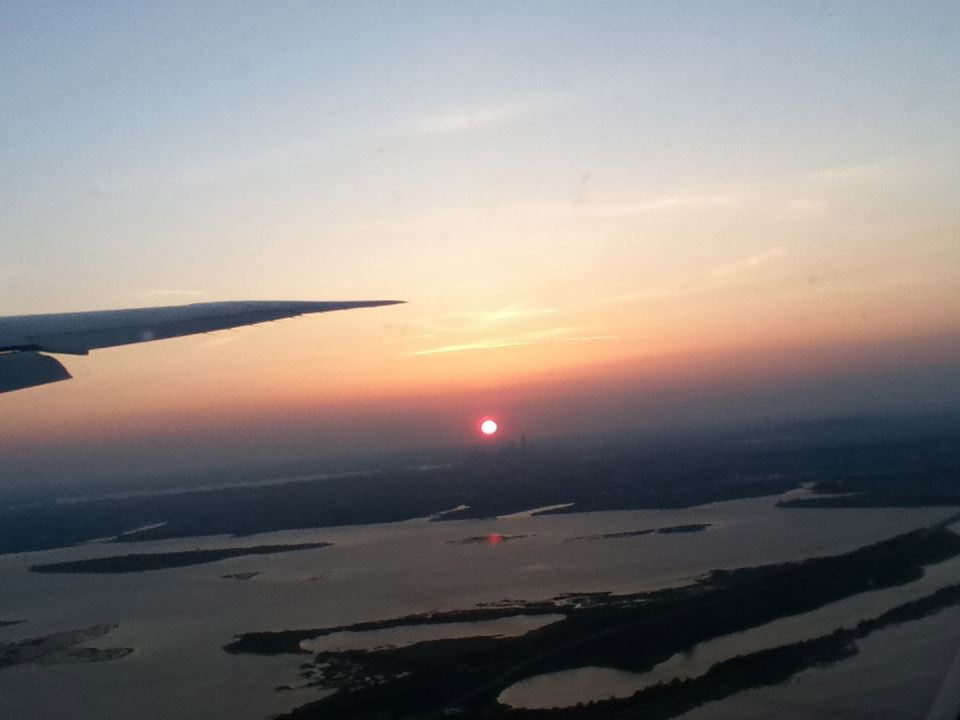 We had a 1-hour connection in JFK (YES THAT’S RIGHT LITERALLY JUST ONE HOUR) and were coming from Israel. That meant we had to deplane, go through passport control, US customs (THE WORST), pick up our checked baggage (for some reason?), go through security, drop our checked bags back off, and get to our gate…All in ONE HOUR.

We were told there was going to be a flight agent to help us quickly get through the airport…There wasn’t one. We asked a couple random flight agents for help, and they basically just told us we were SOL and were most likely going to miss our flight. Our best bet was simply asking the people in front of us if we could cut.

Luckily, everyone in line was hella chill and gave zero fucks, so we cut a shit ton and literally ran (like sweating, red-faced, heavy breathing and all) to our gate (which of course was super far and we had to take another bus to get to).

We got soooo lucky and our flight ended up being delayed so we made it (and then we had to wait for like 30 mins lol) – but that was probably the most insane airport experience of my life! Luckily I was with 3 other people so we struggled through it together. If it had just been me, I think I would’ve just sat down in the middle of the airport and quit.

MISSING OUR FLIGHT TO SEATTLE

This one is literally so dumb, it still pisses me off. I never sleep through alarms, so I still have no idea how this one happened. We went to bed super late (ooops) because we were stuck in the land of packing hell, and had to wake up stupid early to catch our flight.

For some reason, I only set 2 alarms on my phone (usually it’s upwards of 6 haha) and they woke my friend up – who then “woke” me up to ask if I could hand over my phone and set more. I assured said friend that I had many an alarm set (although I don’t remember saying this at all), and was woken up at 5AM by my friend’s panicked voice that we were going to miss our flight.

We arrived at the airport right as our plane was taking off.

Because it was New Year’s weekend, we had a hell of a time getting a new flight, but it all worked out (even after I tearfully suggested skipping it altogether and just staying local) and we made it to Seattle, albeit 5 hours later than our original arrival time.

Our AirBnb had also cancelled on us like 2 weeks beforehand, so we had to scramble to get a hotel last minute. It was still such a fun trip even with all the setbacks!

Ugh another tight ass connection. These are literally what my nightmares are made of. Like sometimes I actually wake up in the middle of the night in a cold airport-terror-induced sweat and thank the lord that I am not currently stuck in that hellhole.

Ok that’s a total exaggeration (I actually LOVE airports), but this is similar to the Israel connection: we had very little time to get to our next flight (we went from Abisko to Stockholm, and were headed to Copenhagen), I think about 45 minutes.

At first I thought we’d be fine, so I wasn’t in a crazy rush to deplane. But then our gate ended up being really far. Like, alllll the way across the airport and practically last far.

And then, for some reason we had to go through security again (I thought we just had to go through customs once we landed in Copenhagen) and I had to stand in front of all these businessmen in suits looking totally disheveled and panicked and insanely panting if we could cut – I think they were scared of us so they all quietly nodded their heads with small (very much laughing at us) smiles.

Then we had to sprint, like literally sprint, and my friend had bronchitis so she couldn’t keep up and so I knew it was all up to me, and it kinda felt like I was in the Olympics, and was expertly dodging everyone in my way, and as I was running I heard the last call for our flight, but when I got there the flight attendant was super chill and just joking with me as I was gasping for air. It was quite a sight.

The plane we were on ended up being pretty empty, and we both looked sweaty and red-faced and the guy that was sitting next to us moved seats. I think we terrified many a Scandinavian man that day.

But ahhh, even through all the stressful flight moments, travel is still so worth it (at least I think so lol).