Tweet
Share
Pin100
Share22
122 Shares
So, this fjord tour from Bergen was like…Over a year ago?? But I had to post it now simply for the fact that it ended up being one of my highlights from 2019 and probably one of my favorite experiences in my entire life. Yes. It is THAT good.

And to be honest I just wanted an excuse to look through my photos and reminisce again, LOL so here we are.

And no, this post is not sponsored in any way, shape, or form – I just genuinely loved this Bergen fjord cruise that much. Visiting the Norwegian fjords was a huge bucket list item of mine, and I’m happy to say it somehow exceeded my embarrassingly high expectations. I do admit that while Bergen was cool, it wasn’t my FAVORITE place ever (although I did LOVE the hills and easy access to nature), BUT it was home to my favorite activity ever and that is the fjord cruise.

I was super on the fence about going (like would it really be worth the $$$??) but, as mentioned previously, it was AWESOME and I want to help/convince other people also on the fence because trust me, you won’t. REGRET. IT.

Here’s all you need to know about your first Norwegian fjord cruise and why I loved this fjord tour so much and would 38578348349% go on another one.

So, I went in February. I’d imagine that’s not everyone’s first pick of the time of year, but I’m all for winter travel. So much so that I went to Copenhagen in January, Stockholm in the middle of winter, and Abisko in the Arctic Circle in February. So if cold weather isn’t your thing…Then you might not want to listen to me, haha.

That said, I’d imagine that it might be a LOT more crowded on the boats in the summer. I’ve seen photos and they look terrifying to my introvert self. So, here’s my take on best time to go on a Norwegian fjords cruise:

WHAT TO WEAR & PACK

BRING LAYERS. Like all of them. And hold onto your stuff because it gets WINDY. You might want to bring things you don’t mind losing – my friend lost one of her gloves. RIP.

Even if you go in the summer, you definitely want to dress warmer in long pants and top layers. Norway isn’t known for being the warmest place in the world, and again, it gets windy! In Norway, you can experience all 4 seasons in one day (similar to what I felt in Ireland!), and there’s a saying that “If you don’t like the weather, wait 5 minutes.”

But of course, Bergen is on the west coast which isn’t as cold as many other places in Norway. The further north you go, the colder it gets.

You probably also want to bring food and water unless you want to pay both arms and legs for a cracker crumb. Seriously, food and drinks are E-X-P-E-N-S-I-V-E in Norway.

And don’t worry, there are bathrooms on the boat so if you drink a shitload of water like myself you’ll be golden.

HOW MUCH DOES IT COST?

We went with the Rødne Fjord Cruise from Bergen to Mostraumen, which is located on the Osterfjord. The cruise goes 27km each way, and lasts a total of 3 hours.

Our tickets were 550NOK each, which was about $60 USD, but those were off season prices; it looks like they’re 680NOK (about $70 USD) from April to December.

IS THE SEA ROUGH?

It was pretty calm when we went, and I’d imagine that’s the case most of the time, at least once you get our of the open sea and into the narrow channels between the high cliffs. However, if you’re prone to seasickness, definitely bring seabands, ginger, dramamine, or whatever you use to keep from getting seasick just in case.

OUR RØDNE FJORD TOUR FROM BERGEN

So we did the fjord tour that goes from Bergen to Mostraumen. I don’t know how exciting it will be for me to narrate the whole experience because it will pretty much be like, “ok, here’s some cute houses, here are more cute houses and hills oh and water and omg it was SO PRETTY” but I will try.

Bergen is actually nicknamed “The Gateway to the Fjords of Norway” (heart eyes) due to its location. It’s sandwiched between the longest fjord, Sognefjord, and Hardangerfjord (which doesn’t seem to have any other claim to fame other than being called “beautiful”, but I mean, let’s be real, I’d imagine all Norwegian fjords are?). The particular tour we did is on the Osterfjord, and goes to the Mostraumen strait, ending at the village of Mo before turning back around.

We departed from Zachariasbryggen in Bergen. I have no idea how to actually say that word, but just write it down on a piece of paper or something in case you get lost on your way there. Or use Google Maps if you’re not cheap like me and actually pay for a SIM card and data, lol.

I was also happy I was able to get this pretty famous shot:

This is Bryggen, a group of historic Hanseatic commercial buildings that are now a UNESCO World Heritage site! So they’re a pretty big deal, and a must see in Bergen IMO. Bergen was an important part of the Hanseatic League, which dominated the trade industry in the neighboring European countries.

I learned that you get the best photo from the water when I trekked down there, crossed the street, and basically almost fell in the water trying to fit as many of the buildings in the picture as possible. Of course, I realized after that you can go to the other side of the dock and snap a similar one…But I still think the best vantage point is from the water!

So the cruise started with small hills and cute houses. As all tours should start. But I was like, ok, this is nice, but where are those steep dramatic cliffs in the fjords that I’d always see??

Oh you’ll see them. You’ll see them alright. Since it’s clear that I do a pretty shitty job describing things, here’s a montage *cue the ~dRAmA~:

They also let us drink this water straight from a waterfall which was really exciting! It reminded me of the time I was peer pressured into drinking water from a mountain river with the friends I’d made while hitchhiking in Ireland. I was convinced I was going to get giardia. I didn’t but I was def paranoid the next few weeks. So I drank the water and don’t worry, no giardia happened. It was a really cool experience, but maybe they did that just so they didn’t have to pay for water for us LOL. Tbh they might’ve had free water on the boat – I can’t remember – but I highly doubt it.

I was a little bummed that it was from plastic cups, and I wish I’d brought an extra cup in hindsight. Or asked if I could use my water bottle. So just a heads up about that!

We hit the village of Mo (still not convinced it’s an actual village, still no proof it’s not a cardboard cutout) and pretty much just turned right around and went back lol. It was pretty damn cold but the scenery was so beautiful I honestly didn’t even notice because I stopped being able to feel my face after a while anyway. But overall, honestly, this was one of the best days of my trip, if not my life. I felt ALIVE and just so incredibly HAPPY.

As soon as it’s safe to (and my wallet has recovered), I’d love to go back to Norway ASAP and spend all my money on more Norwegian fjord tours. Because the Norwegian fjords are just that beautiful! 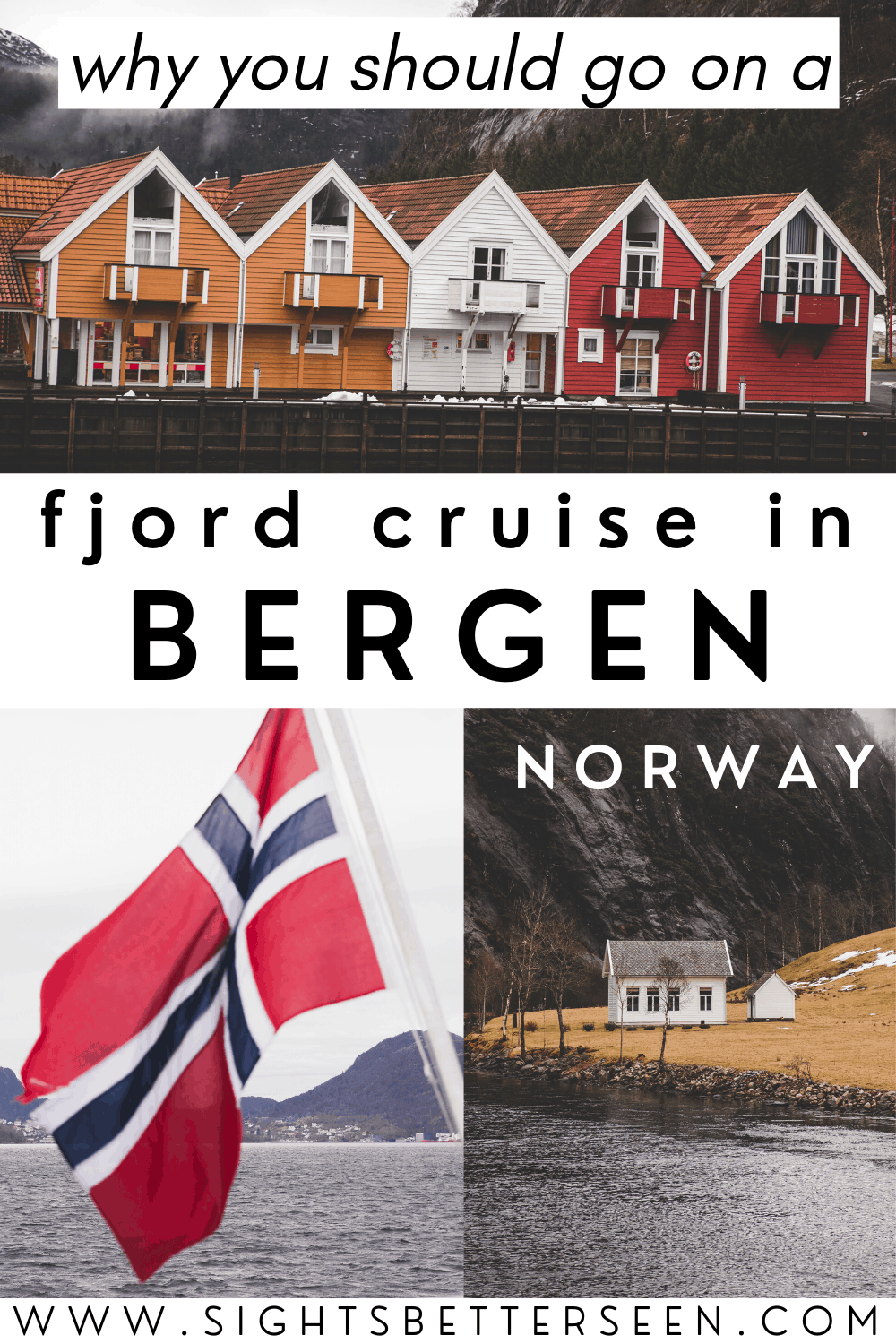 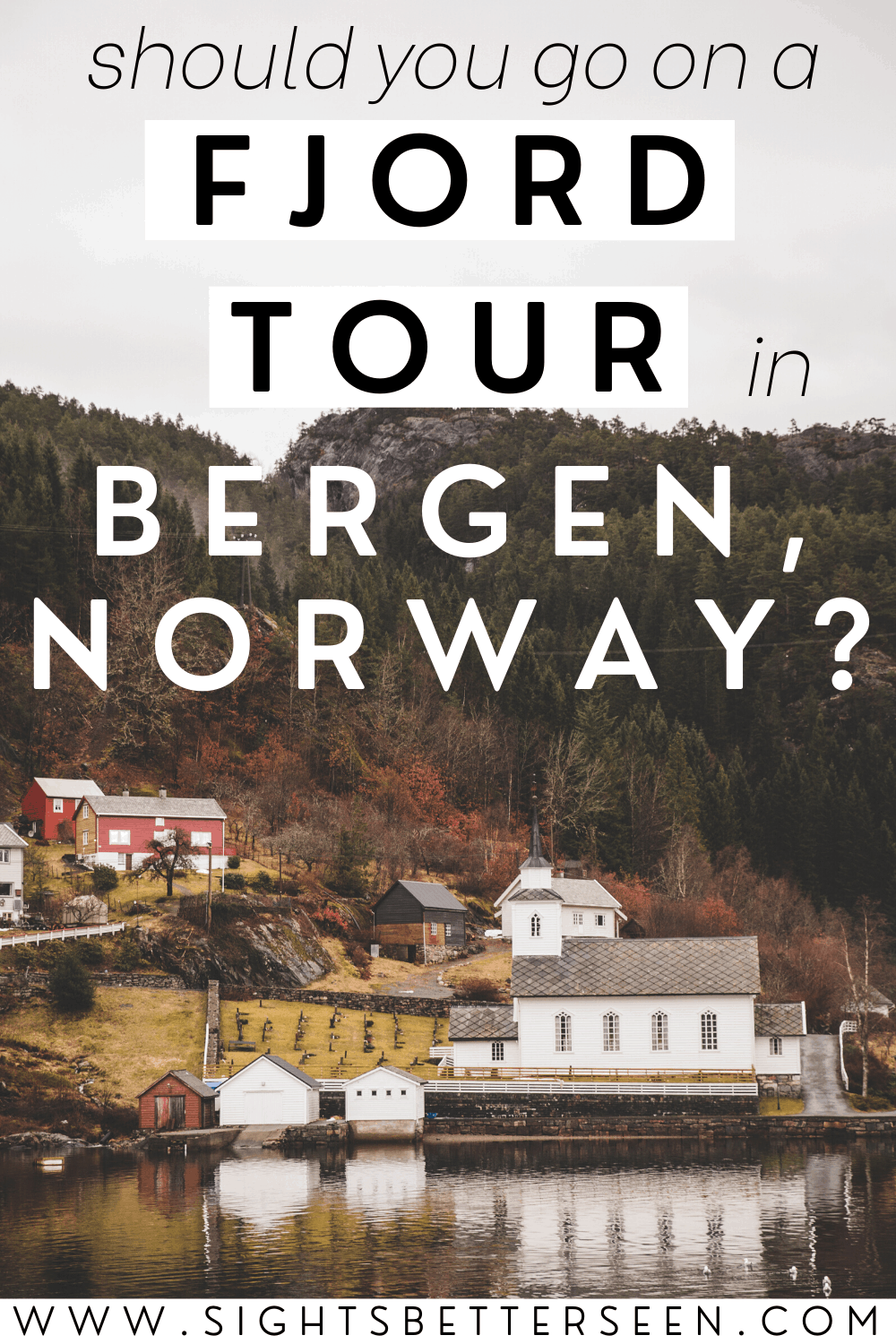 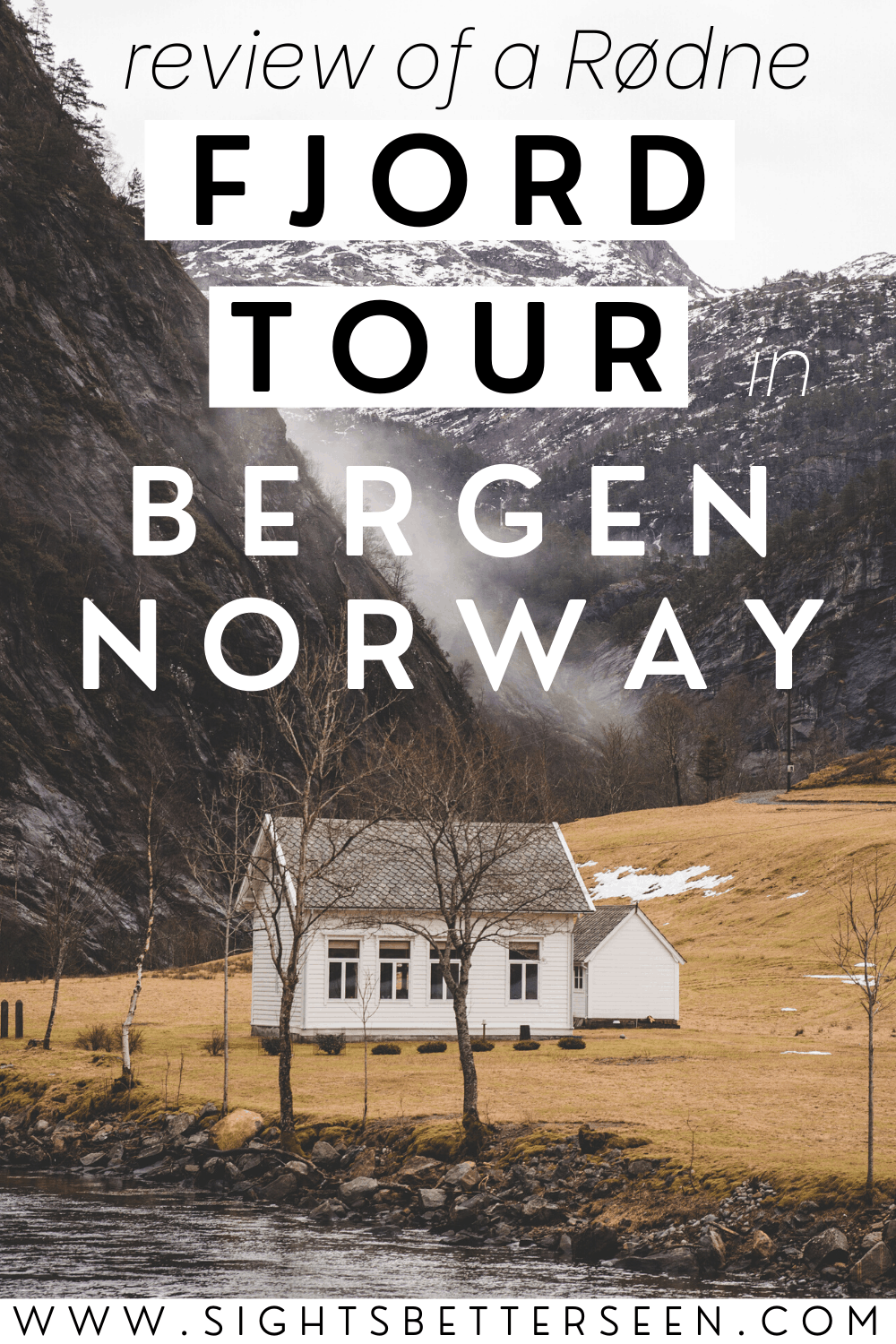 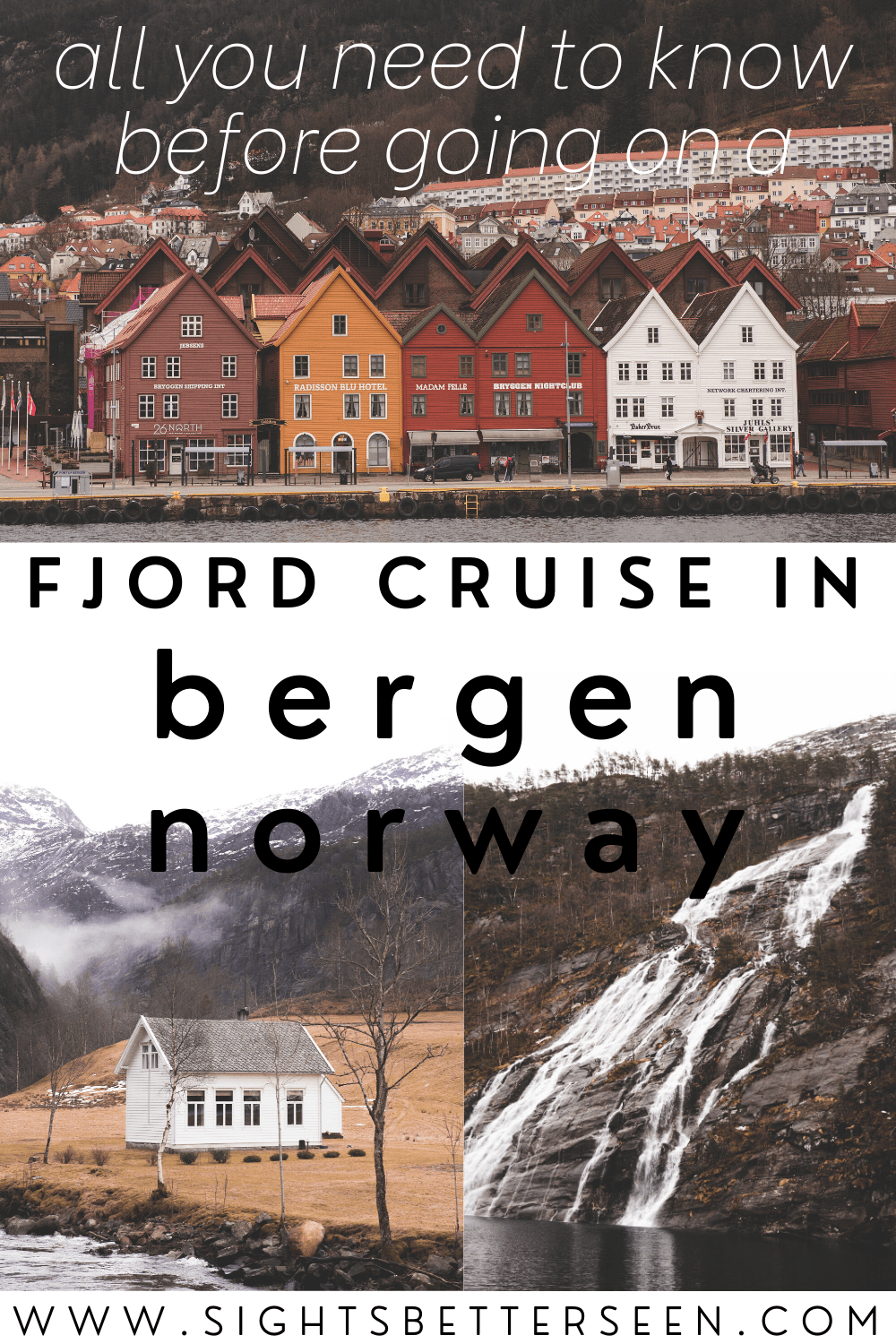 Tweet
Share
Pin100
Share22
122 Shares
VIP Kid Classroom Background Ideas from 12 Traveling Teachers
House Sitting Mishaps: What to Do if You Have to Make an Emergency Vet Visit