Tweet
Share
Pin34
Share14
48 Shares
I’m a sucker for autumn and obsessed with all the basic fall activities so of course I HAD to go apple picking this year! I went last year, too, and it’s something I want to try and do every year because it just starts off the fall season in the best, most basic fall way.But, you ask, aren’t you in Germany? Do they even have apple trees there? Isn’t it just beer and bread that grow on trees, harvested just in time for Oktoberfest? Guess what – they do indeed have apple trees, an entire region of them, called Altes Land (which means “Old Land/Country.”) And it was only about an hour away from Hamburg, where I’m currently based – SCORE!

You can find an interactive map here. For more information, visit the Altes Land website.

In my opinion, the best times to visit are spring because of the beautiful blossoms, and late summer/fall for apple picking! We went in early September and had perfect weather, along with alllll the apples. We picked the Santana and Jonagold because those were our favorites that were in season (both were a little sweet/tart and more crispy.)

Scroll to the end of the article if you want transportation info.

Why is it called “Old Land/Country”? No, not because it’s a place aging seniors flock to. Rather, it’s due to the Dutch settlers who originally lived there. They had to work on the land a lot in order to make it possible to grow crops there, and called the land that had been finished working on “Old Land” and the land that hadn’t yet “New Land.” Eventually, all of the land was completed and thus it was all called “Old Land.” But enough suspense – let’s cut to the chase! I spent most of the time at Herzapfelhof Lühs, probably the most popular place to visit in Altes Land (would love to go back and visit some of the less visited farms, but didn’t have time during this trip…) So, I’ll cut this article into two sections: Things to do at Herzapfelhof Lühs, and what to do in the rest of Altes Land!

Let’s cut right to the chase, people. Apple picking is (arguably) THE MOST FALL ACTIVITY. Come at me with one that’s more. There are several other farms you can pick apples at, but the one I kept reading about over and over was Herzapfelhof Lühs. Their apples are organic and they have a ton of orchards and activities, so we went there!

We even happened to be there when a bunch of politicians were, so I got to listen to them speak (although it was all in German, but ya know, the experience, plus one of them had flecks of glitter in his hair which was interesting.)

I mean it was like a 5 minute ride but still fun lol. It was also free. The tractor just takes you through some of the orchards at Herzapfelhof Lühs.

I’d imagine they probably only do this on weekends, but I could be wrong!

They actually have a machine where you can laser something onto your apple! Like WHAT? We didn’t do it as it’s a little pricey for what it’s worth, but it’s still really cool!

EAT OTHER FOODS (AKA CAKE)

Tbh the cake at Herzapfelhof Lühs was okkkkk, there are a ton of other specialty shops in the region that I think would have better desserts.

We went to Jan Hinrich Feindt later and their cakes looked AMAZING. We both wished we’d held off and went there instead!

Inside the warehouse, you can try some apples before you pick to ensure that you take home the ones you actually like. This was helpful as I’d never heard of most of the varieties lol.

They also had different apple juices to try and a plate of apple infused gummies!

…& THE REST OF ALTES LAND

GET SOME SWEET PICS FOR THE ‘GRAM

I admit I took full advantage of this and in reality we just picked like 6 apples LOL. I literally only took the cart for photos haha. But ya know, gotta do what ya gotta do!

THE SHOPS HAVE REALLY COOL PRODUCTS

And most are organic and regional!

The above photo is the Jan Hinrich Feindt shop I mentioned earlier – in addition to cakes and DELICIOUS flammkuchen (kind of like pizza on a tortilla and it’s sooo good and you should definitely try it when you’re in Germany!) they had a shop, too!

I’d highly recommend going in even if you don’t plan to buy anything – it’s really well-decorated and adorable! They sell other regional fruits and veggies, too. This was the coolest thing! It was like a vending machine for fruit!! It was right near the Jan Hinrich Feindt store and we didn’t actually get anything, but just thought it was super funny.

To find it, just put in “Obsthof Hauschildt’s FruchtBar” into the GPS.

These are a bunch of different types of alcohol for sale at Herzelhopf Lühs. We didn’t actually buy anything (and one lady we talked to mentioned that the apple gin we were considering purchasing was really bad – so swerve there lol.)

GET YOUR LEARN ON AT THE MUSEUM

And it’s free, so like, why not? It’s all in German which is kind of a bummer, but still fun to look at all the old antique stuff they have. It’s all about the history of the region etc.

THE HALF TIMBERED HOUSES

I admit this is why I go anywhere in Germany. I have developed what I think is a healthy obsession… Even the freaking bank is cute!! We even saw one of those houses (pretty much looked just like the bank) for sale for €250,000 (about $280,000) which is NOT BAD AT ALL. I am not kidding when I tell you I seriously considered it for a second…

DON’T HAVE A CAR? NO PROBLEM!

There’s now a bus that goes to Altes Land! You can take the train to Buxtehude station and then take the 2040 bus to Jork. Expect it to take about 1.5 hours if you’re coming from somewhere near the city center in Hamburg.

You can also find some other transportation options listed here.

It’s such a bikeable place so I’d highly recommend bringing your bike if you have one! Especially since it’s a pretty big area and flat so it’s easy to get around. Or, you can drive, which will take about an hour. You could even walk, which according to Google Maps takes about 4.5 hours (although you’ll also have to take a ferry.)

WANT TO REMEMBER FOR THE FUTURE? PIN IT! 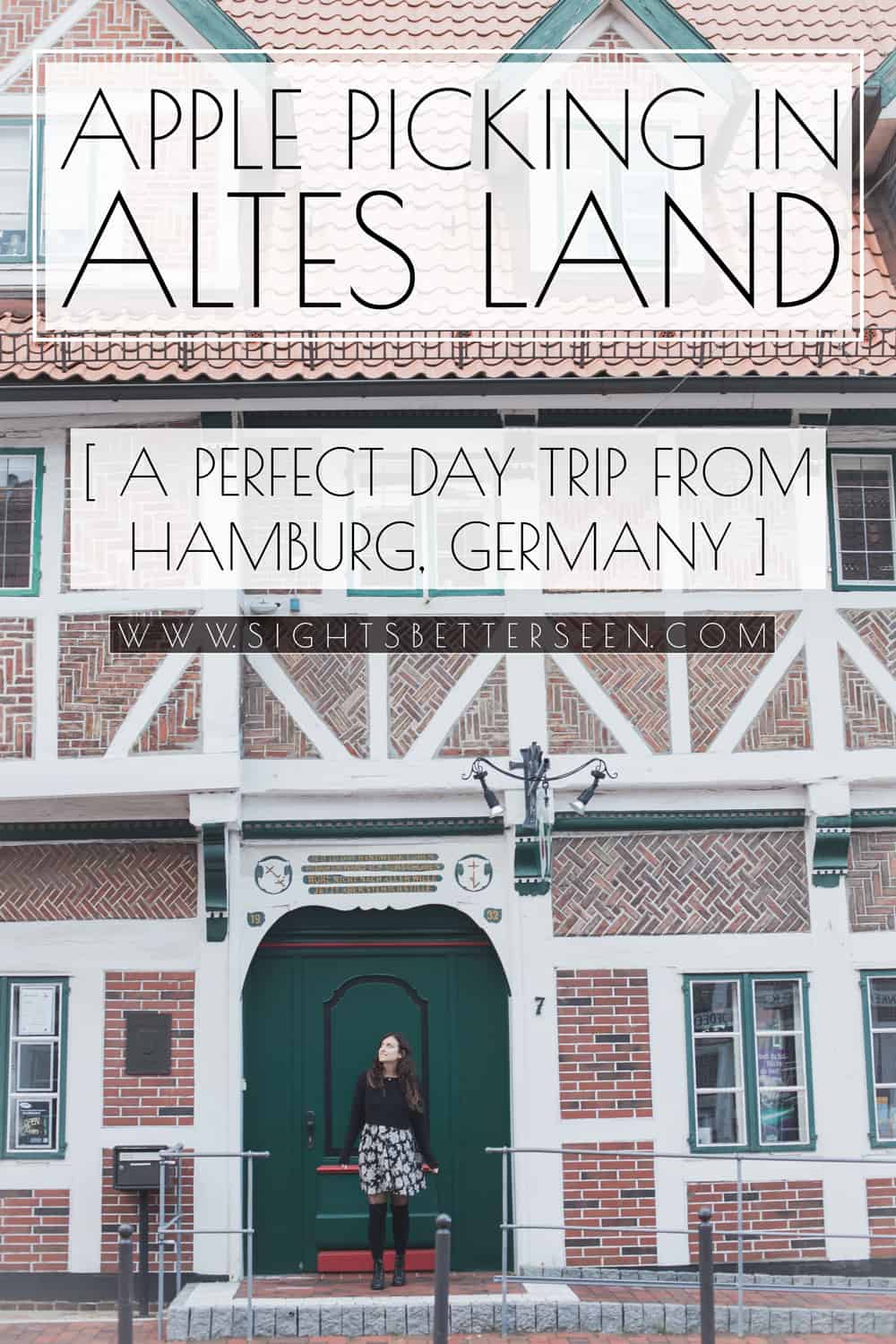 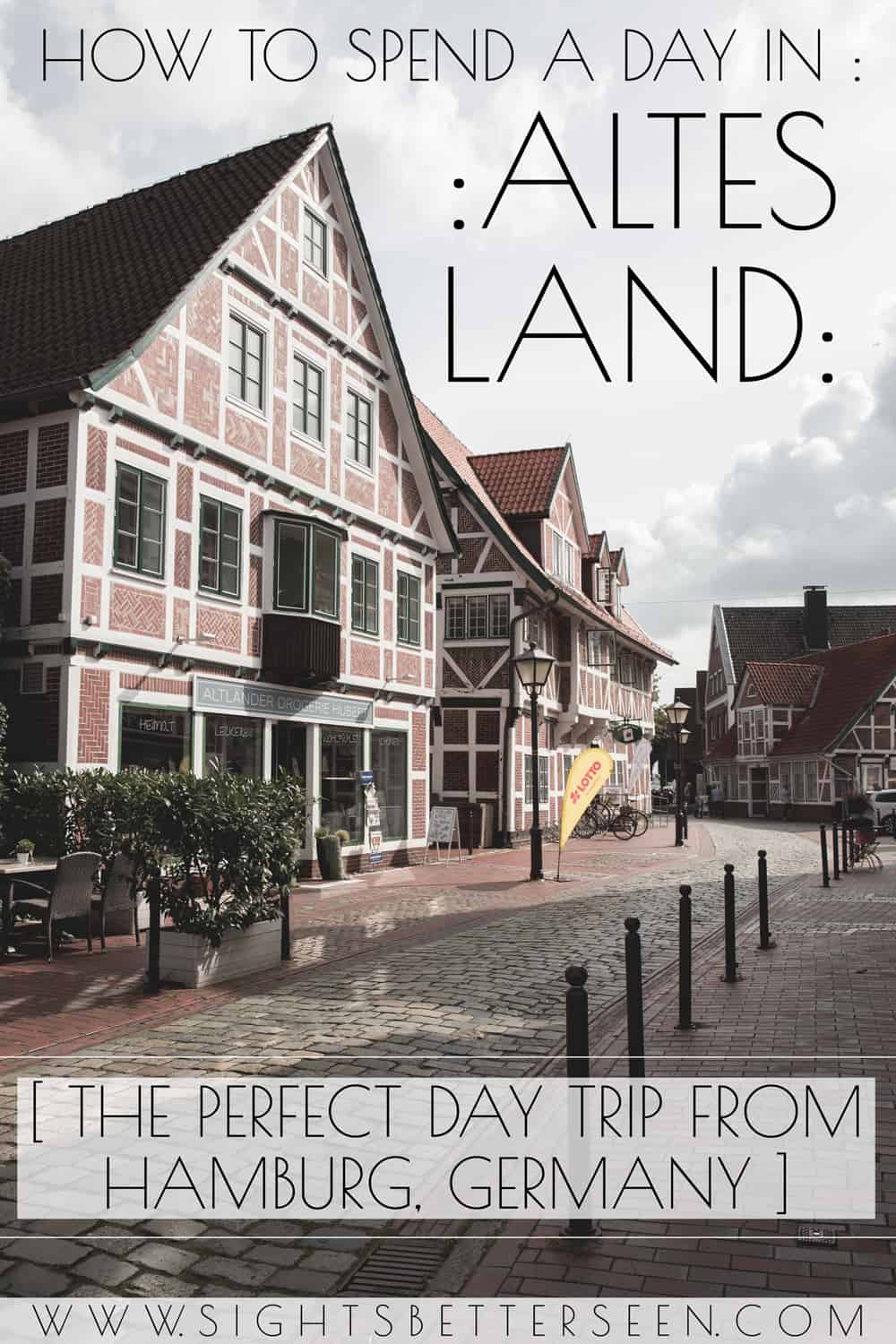 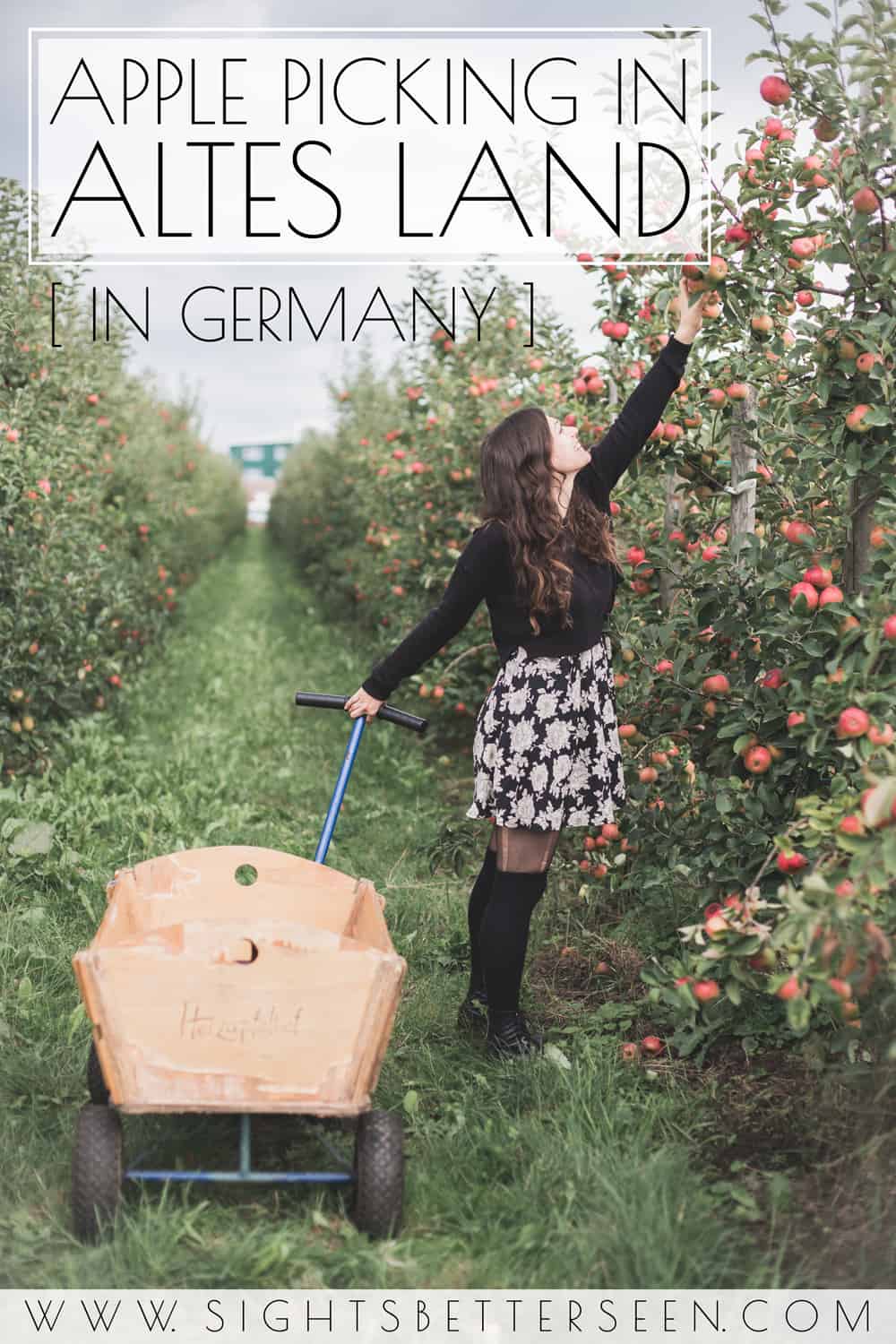 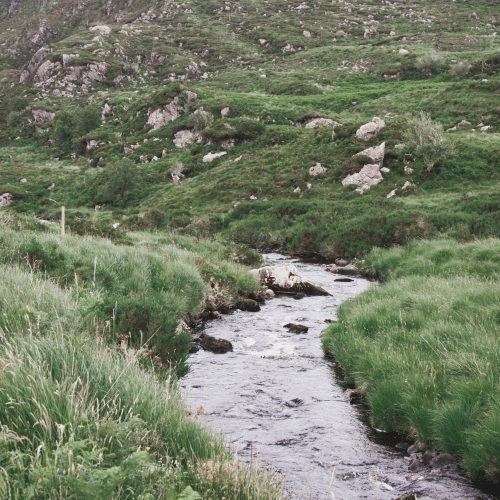 Ireland On a Budget: Things to Know Before Going to Ireland 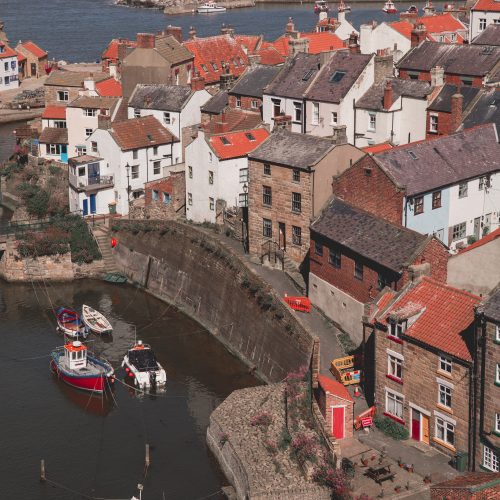 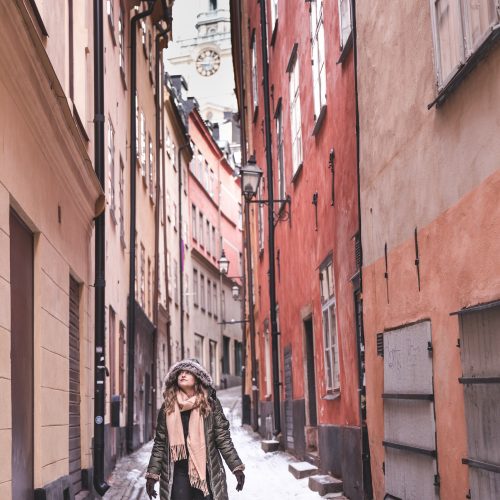 Why Visiting Stockholm in Winter ISN’T Crazy: 6 Fun Things to Do!